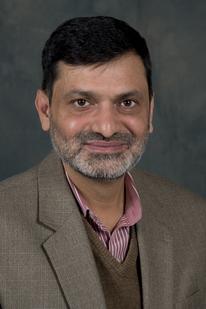 Dr. Hayee received his B.Sc.E.E. from UET, Pakistan in 1992, and his M.S.E.E. and Ph.D. degrees from the University of Southern California, Los Angeles, in 1994 and 1998, respectively. After completing his Ph. D., he worked in Forward Looking Work Group of Tyco Submarine Systems (formerly known as Bell Laboratories) in New Jersey for two years and then joined a start-up company (currently part of Level 3 Communications) working on research and development of the state-of-the-art telecommunications products. Four years later, he joined University of Minnesota Duluth in the Fall 2004.

Since then, he has continued his research work on optical fiber communications systems, digital signal processing, intelligent transportation systems, and medical instrumentation. Dr. Hayee holds 15 US patents and has published 55 research articles in distinguished journals and conferences. He is senior member of IEEE and was the recipient of Chancellor's distinguished award for excellence in research for the year 2011-2012.