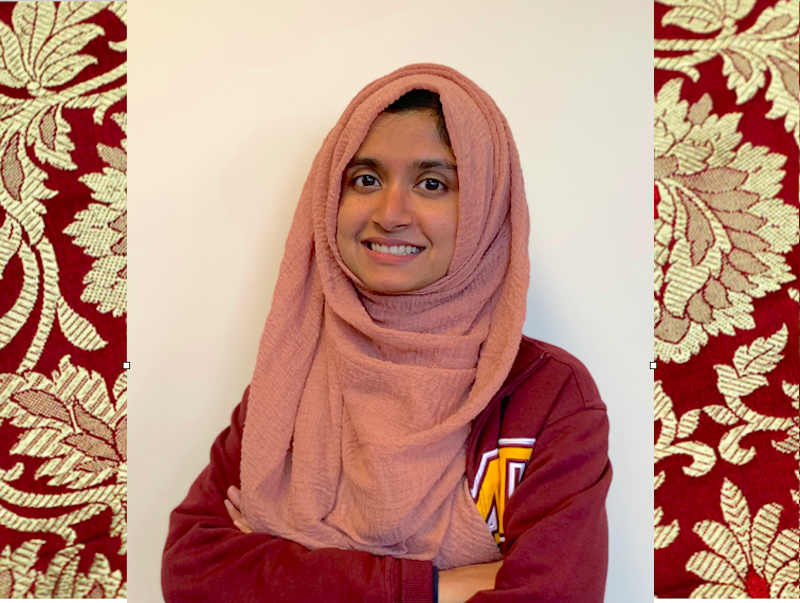 It’s Fall 2021. Zakia Tamanna Tisha has only been in the United States for a few weeks. She stands in the front of the classroom for the first time as a teaching assistant and graduate student. She waits for her students to arrive. She is nervous and repeats the words, “Everything is going to be alright.” While she introduces herself, her students casually wander in and find their seats in the lab. As she explains the lab assignment for the day, Tisha finds confidence and breaks into her comfort zone.

Tisha says, “Teaching labs can be intimidating in a sense because I know that some of my students are on the same level as me.” She and a few of her classmates are graduate students in electrical engineering. The difference is she is a teaching assistant. “Now, I am suddenly put in charge and in the back of my mind I am thinking that they probably know more than me. Still, the show must go on!”

The Path to UMD

Tisha says, “I’ve always wanted to experience school in a different country, it has been a long-cherished dream of mine.” After her undergraduate years at the Dhaka Military Institute of Science and Technology, she began working in Bangladesh at a company called “Unilever,” a supply chain industry. She then realized that she wanted to pursue more education in her life.

“I started applying to grad school and UMD was the one that worked out really well with the timing and subject.” Tisha scored well on the Graduate Record Exam and her field of study was an easy choice to make.

UMD has taught Tisha many things in a short period of time. “I have integrated my life in the United States and adjusted to the culture here,” says Tisha. She explains how it has affected her. “What I genuinely like is that the people here are really nice, so it makes me want to improve and become a better version of myself.”

Tisha enjoys the events arranged by the international student programs. “They took us skiing and sledding, and it was such a fun experience,” says Tisha. It was her first time spending time in the snow and cold temperatures. “At first, I wasn’t used to the winter, but then I realized that I’m here and I should just enjoy it.”

Tisha enjoys teaching labs alongside her supervisors, fellow students, and classmates at UMD. She says, “I have been lucky to work with great faculty members and great students. They have always seen me as their equal.”

Tisha left Dhaka, Bangladesh in the late summer of 2021. She had an eventful journey ahead of her and spent more than 24 hours of travel before she was to arrive in Minnesota. Her mother came along to say farewell at the airport. Huge white floors, hundreds of passengers, and large blue signs greeted them.

“My mother was trying to hold back,” says Tisha. “But as I approached the immigration door she broke down in tears,” While saying goodbye to her mother, Tisha whispered, “Mom, everything is going to be alright. I am strong.” With nearly a year of teaching labs and taking classes behind her, Tisha has proven that statement true. She feels strong.

Women in the STEM field

Tisha encourages all students to join the STEM fields. She says, “I was surprised to see that the UMD classes had fewer female students than male students. Some women have it pre-conditioned in their minds that maybe they are not good enough.”

“Always believe in yourself,” she says. “Being in STEM does not make you academically superior to being in another subject.” Tisha encourages people, especially women, to take on the challenges of a career in science and engineering.

“I am not sure what will work out after I leave UMD, but given the right opportunities, I will know soon,” says Tisha. She has many choices ahead of her. Pursuing a job in the engineering industry or attending a doctoral program are just two of her options after graduation. With a successful first year as a teaching assistant under her belt, a second year is sure to follow.

About the UMD Electrical Engineering Program

This story was written by UMD student Paris Vang, who is majoring in marketing and minoring in professional writing. Paris works with Cheryl Reitan in University Marketing and Public Relations.