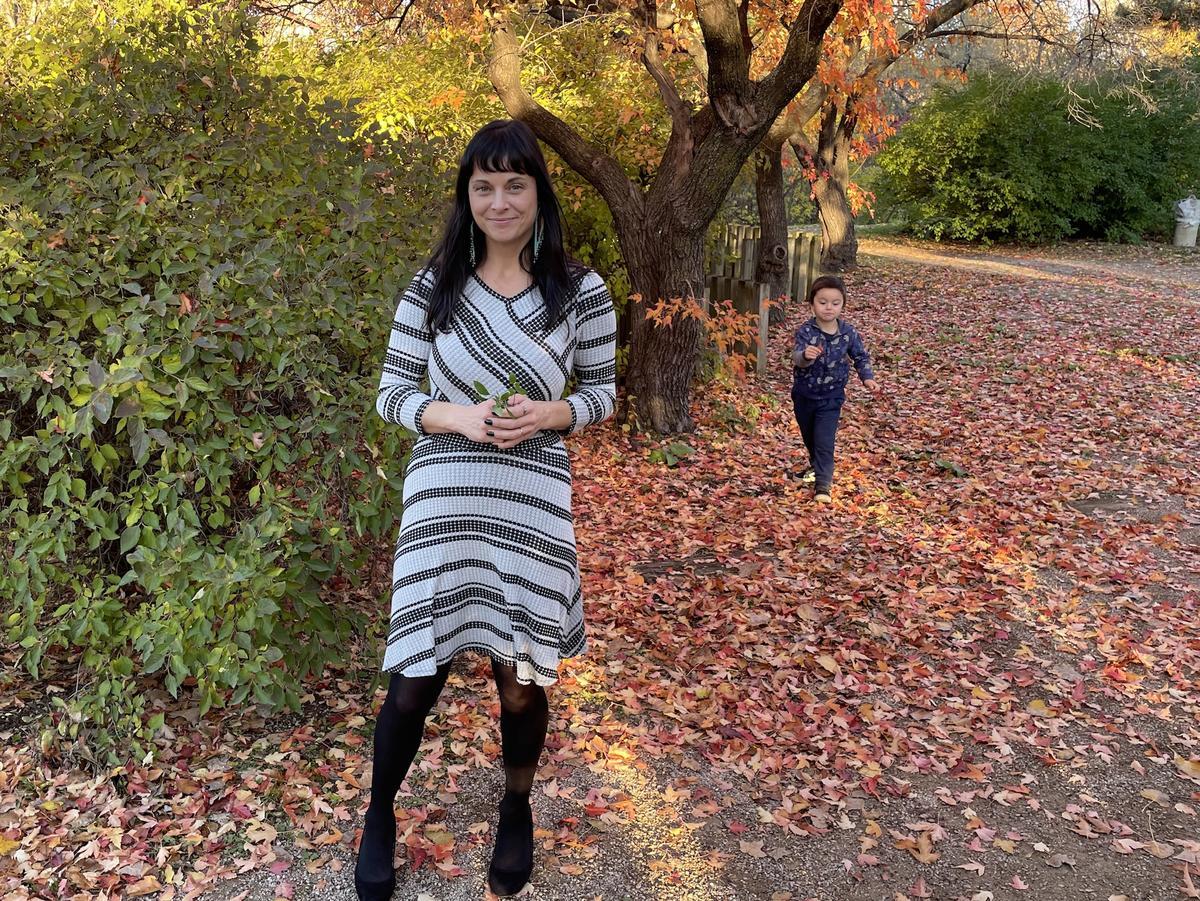 From UMD Research to the Nonprofit World

Veronica Seifert stood on the ground floor of a downtown Minneapolis hotel. She was attending an Association of American Indian Physicians (AAIP) conference and when she looked up to the ceiling of the conference room, in her minds eye she saw the floors and floors of hotel rooms above her. Surrounding her were Native doctors dressed in traditional regalia. The physicians, who came from tribes across the U.S., were making a grand entrance in traditional regalia to the beat of the drums.

Seifert was invited to the event because she received financial support from the Native Americans in Medicine (NAM) program through the Center of American Indian and Minority Health (CAIMH)  at the University of Minnesota Duluth Medical School.

“The drums were so powerful,” she says, remembering the moment in the hotel. “I looked up and it was as if every floor felt those drums.”

Seifert describes that moment as the first time she felt like she could belong in the science community. She felt a new strength as an Ojibwe woman who is part of a larger movement. She realized both worlds could co-exist. She could be herself both in ceremonial dress or a lab coat.

The biosciences fascinated Siefert. Whether it was Lyme Disease, cell biology, ecology, or oceanography, she was intrigued.

At UMD, Seifert worked with Dr. Ben Clarke participating in the Bridges to the Baccalaureate Degree Program and the Pathways to Advanced Degrees in Life Sciences program. “I learned research techniques from his program, and felt empowered to continue on,” she says. "It is the reason I went on to a graduate degree at UMD."

She graduated from UMD with a master of science degree in integrated biosciences in 2015 and a bachelor of arts in international studies in 2010. At UMD she served as a program facilitator, teaching assistant, conducted research, presented papers and posters, and published multiple research documents.

So Many Thank Yous

Siefert acknowledges all the help she has received from people at UMD. Her list, which began with Dr. Clark, is long.

She gives special thanks to her mentors and fellow researchers for the multiple papers and projects she worked on. She thanks UMD faculty and staff Elizabeth Minor, Jay Austin, Rick Smith, Lea Carr, Linda LeGarde Grover, Anna Wirta Kosobuski, Shannon RedBrook and so many more. She gives high praise to the two directors of the Center of American Indian and Minority Health, Joy Dorscher the former director, and Mary Owen, the current director.

Seifert thanks one more person, Dr. Lynne T. Bemis. “I was a non-traditional college student, a woman, a Native American, and I came from a rural upbringing. Dr. Bemis acknowledged my accomplishments and triumphs, ultimately empowering me with confidence and a sense of belonging.”

Dr. Bemis continues to work with Siefert as they partner on programs that contribute to minority students persisting in STEM education and careers.

Family is something that has remained important to Seifert and those around her. Seifert’s great-great-great-great-great-grandfather was Chief Joseph Osaugie of the Fond Du Lac band, a signer of the 1854 Treaty. Osaugie’s remains were buried on Wisconsin Point, where they lay until being forcibly removed in 1918 along with 200 others.

Over 100 years later, Seifert’s grandmother Colleen Aird, 98, whose family had a home on Wisconsin Point, led a movement to reclaim the land on Wisconsin Point, as well as the cemetery where the remains were later transferred. Aird and Seifert were present in the chambers when the Superior City Council passed a resolution to the transfer of burial lands to the Fond du Lac Band. Seifert takes great pride in her family and Tribal affiliation.

Seifert now works at the American Indian Cancer Foundation (AICAF,) located in Minneapolis. AICAF provides cancer education, survivor support, and promotes prevention, early detection, and treatment for Indigenous communities. Their mission is to eliminate the cancer burdens on Native people. Seifert serves as an Evaluation Specialist at AICAF, and has also been involved in the annual Powwow for Hope.

It’s been a long and fruitful journey for Siefert. She said she came from a place where “the cows outnumber the people,” and she went to school to learn “reading, writing, arithmetic, and tractor safety.” She has since flourished. After her life at UMD, she started a family with her husband, Sage, with their son, Sebastian.

Seifert has come a long way since that night inside the drumbeat of the pow wow at the hotel in downtown Minneapolis. She's landed in a good place, a life where she's able to wear a lab coat and a ribbon skirt.

About the UMD Integrated Bioscience program.