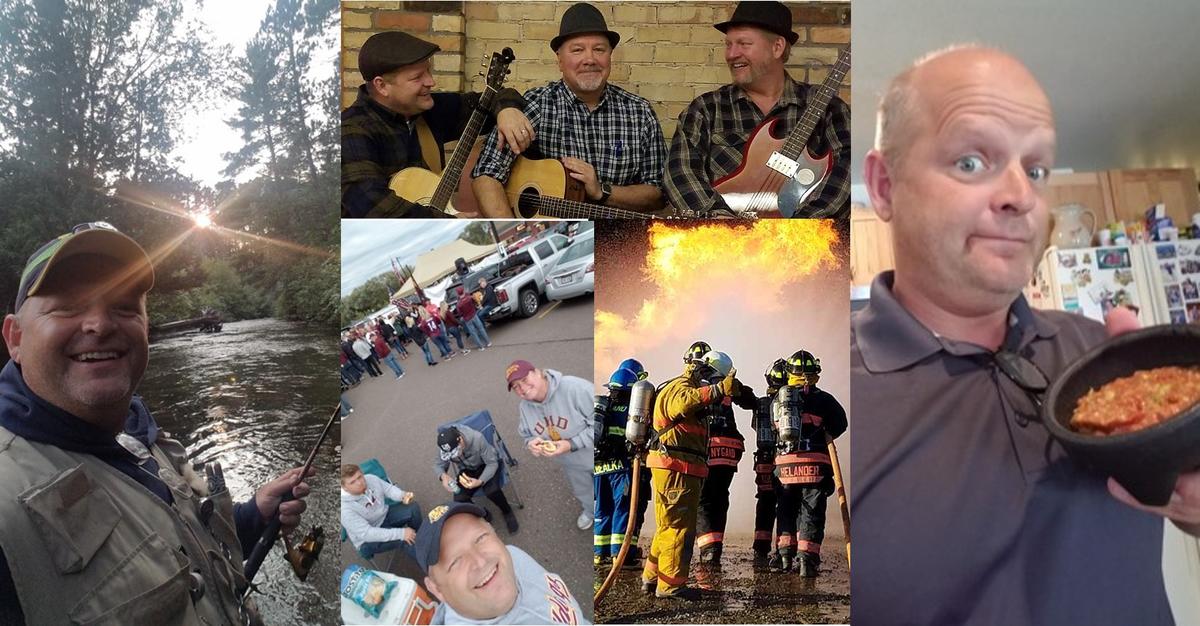 A new series where faculty members in UMD's Swenson College of Science & Engineering introduce themselves to provide more insight into their interests, their classes and their lives. This one was written and submitted by Moe Benda.

I am the Director of UMD’s Graduate Engineering Education Program and I teach Chemical Engineering courses and business classes.

I have an office at UMD as well as in Virginia at Mesabi Range College.  You may see me out on the ice officiating and if you have kids in hockey, I’ve most certainly reffed them.  My home ice is in Hoyt Lakes and at the Hipp and I’ve been refereeing youth and high school hockey since 2005.  I’ve even done some in-line hockey officiating.

If you have kids who have gone through the 6th or 7th grades, you will have seen me as part of the Range Engineering Council where we hosted the Iron Range STEM Showcase and Engineering, Cool!  And who knows?  If you’re into folk-rock music, I play acoustic rhythm guitar in a band called the Rock Hounds – I’m the one they don’t allow to sing.

I have been a volunteer firefighter in Lakeland since 2007 and my wife and I are EMT’s for the Biwabik ambulance.  Prior to coming to UMD, I worked for Cirrus Aircraft as the Director of Quality and Process Engineering.  I left Cirrus to come to UMD because of the unique opportunity to match my passion for learning and teaching with the entrepreneurial aspects of creating a new graduate program serving the Iron Range.  I was encouraged by several friends and colleagues who helped me realize that no matter what my role has ever been, I have always been a teacher and now I have been teaching at UMD since 2010.  I recently realized that I have lived and worked on four (Australia, Asia, Europe, and North America) and have traveled to five continents (I stepped foot into Algeria, so I can add Africa to the list!).

I grew up as the youngest of nine kids in the suburbs of Detroit Michigan but in 2005 I moved to Lakeland just south of Biwabik.  My wife Michelle and I have six kids who attended Eveleth and Virginia High Schools.  As well, four attended Mesabi Range College – also where our youngest daughter, my wife and I obtained our EMT certification.  It was amazing to take a class together as part of her PSEO- high school senior year!

I love to cook.  Cooking to me is a lot like Chemical Engineering only instead of using molecules, we’re using bulk quantities of molecules.  Concepts like irreversible reactions, viscosity, Bernoulli’s equations, heat of reaction… among so many more are experienced while making some of the best food creations.  My favorite Chef’s are Bobby Flay and Giada De Laurentis and I continue to learn from them.  While my roots point to food that is traditionally Scandinavian, my dishes have been called “eclectic.”  Although, when I cook for the fire department, if I stray too far from the midwestern meat and tater menu – they get a little critical.

I love to trout fish.  While I admit that I haven’t fished for trout in Minnesota, I still make an annual sojourn to the U.P. to fish the great streams of the Ottawa National Forest.  Stream fishing for trout is one of the most peaceful and rewarding experiences.  Here in Minnesota, I fish only for Walleyes!

I was a cheerleader for the University of Michigan when Jim Harbaugh was quarterback!  And something my wife just learned about me:  I was on a trampoline team in Germany!

Organizations Moe is part of: