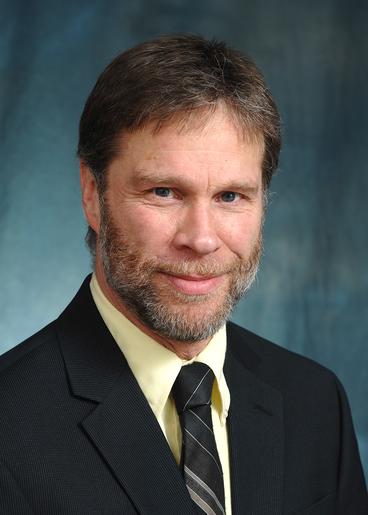 After serving as a faculty member at UMD since 1990, Bruce Peckham retired from the Mathematics and Statistics Department at the end of this spring semester. His career at UMD spanned 30 years, but his life didn’t begin in Minnesota. Peckham spent his early years in Canton, New York, which is just a dozen miles from Potsdam in the northwest part of the state.

Peckham earned his A.B. (with honors) in mathematics at Hamilton College (also in New York) in 1977. From there, he worked as an actuarial analyst at the Paul Revere Life Insurance Company in Worcester, Massachusetts for two years. He then transitioned to a position at Delbarton School in New Jersey for three years, teaching mathematics, physics, and computer science (and coaching soccer, hockey, and lacrosse). In 1982, Peckham moved to the University of Minnesota as a teaching and research assistant. He worked under Richard (Dick) McGehee while at UM, and in 1988, he earned his PhD in mathematics. He held a visiting position at Boston University, but the draw of Minnesota was too strong, and in 1990, Peckham returned to the state, this time to serve on the faculty of University of Minnesota Duluth. Except for brief sabbatical stints as a visiting scholar in France, New Zealand, England, and the University of Colorado, he has taught and completed research at UMD for the last three decades.

Throughout his UMD career, Peckham taught a wide variety of courses, from Calculus I and II (including honors versions of these courses) for first-year students, to courses which are closely related to his own area of research interest. The latter include courses in differential equations with linear algebra (which is often completed by undergraduates in their second or third years), real analysis (MATH 5201 and MATH 8201), Dynamical Systems (MATH 5260), and Modeling with Dynamical Systems (MATH 5270). Students have greatly appreciated Peckham’s work in the classroom – he often receives very strong end-of-semester evaluations. His success in the classroom has been recognized by UMD over the years: In 2010, Peckham received the UMD Blehart Distinguished Teaching Award and in 2015, he received the UMD Swenson College of Science and Engineering Sabra S. and Dennis L. Anderson Scholar/Teacher Award for his contributions to both teaching and research.

Peckham’s influence on his students went well beyond the classroom. In his time at UMD, he was happy to involve his students in research projects related to his own area of interest – dynamical systems. Over the course of his career, he supervised the research of 25 graduate students and 25 undergraduate students, where the vast majority of the latter projects were part of the university’s honors program or the Undergraduate Research Opportunities Program (UROP). A number of these students went on to work as co-authors with Peckham on some of his publications, providing wonderful experiences for those who may wish to obtain jobs in academia in the future. For his work as an advisor, Peckham received the 2010 UMD Swenson College of Science and Engineering Advising Award. Peckham remained active as an advisor to the very end of his career – in May 2020, he witnessed the completion of the work of one of his student’s UROP projects as well as the completion of the project of one of his MS students.

Peckham has remained research-active throughout his career. He was continuously funded by the NSF’s Division of Mathematical Sciences for a dozen years (1992-2004), and 19 of his peer-reviewed publications are noted in the American Mathematical Society’s Math Reviews. One of the co-authors of his last cited paper in Math Reviews is Dick McGehee, Peckham’s former PhD advisor! He has served as a referee for several mathematics journals as well as the NSF and NSERC (in Canada).

Peckham’s work at UMD goes beyond teaching and research. He has also been active in the realm of service while at UMD. He has been a member of numerous committees at the department, college, and university level. And he served as Associate Department Head for Mathematics and Statistics (2013-2016) as well as Department Head (2016-2019).

So what lies ahead for Bruce Peckham? As a researcher in dynamical systems, he knows that we can’t know everything about the future with certainty. (Think “sensitive dependence on initial conditions” or “the butterfly effect”.) But some things are certain – Peckham will continue to enjoy playing hockey as often as he can, and the extra time will also allow him to work on a number of neglected house projects, complete some research projects that are unfinished, and hike the full length of the Superior Hiking Trail with his wife Kathryn. We wish Bruce the very best as he works on these tasks and enjoys this new chapter of his life.