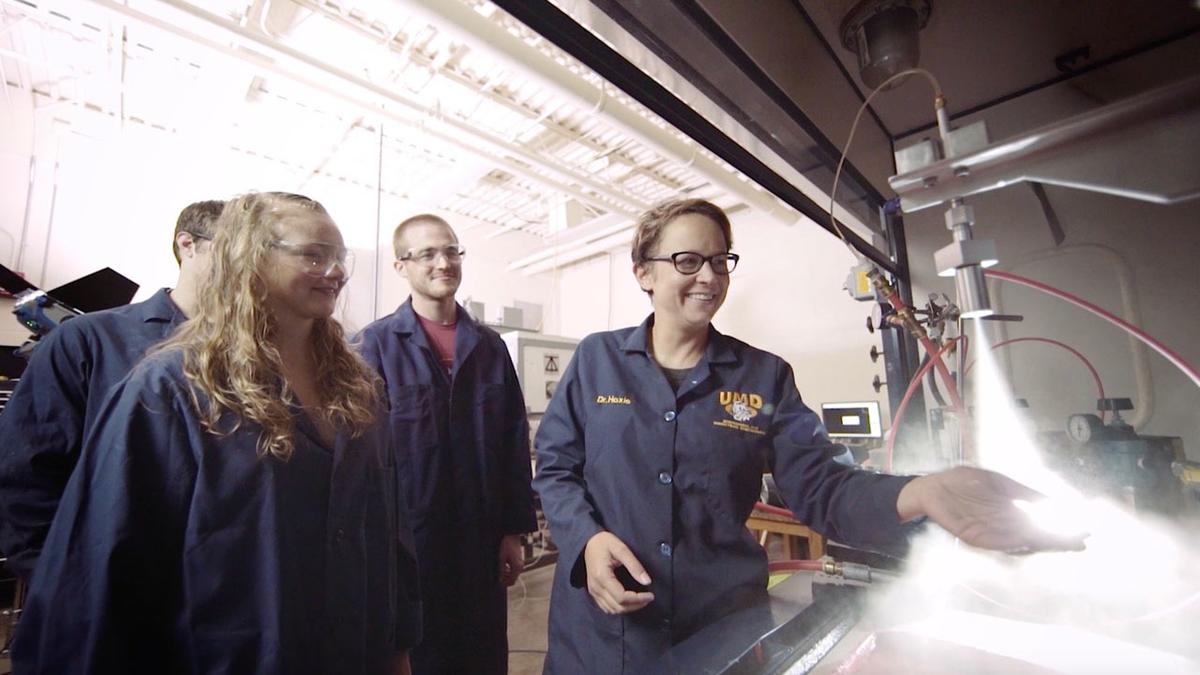 Adapted from a story by Olivia Hultgren

CounterFlow Technologies, a company co-led by MIE Associate Professor Alison Hoxie, was selected as the runner-up in the 2020 MN Cup.

On September 22, the company competed against seven other Minnesota companies and placed second in the statewide competition to secure a $20,000 prize.

Leveraging Research to Impact the Environment

CounterFlow Technologies, was entered into the finals after winning the Energy/Cleantech/Water division. The company has invented a new type of spray nozzle that operates more efficiently. The device could ultimately lead to big energy savings and reduction of CO2 emissions in myriad industries.

Built upon years of research at Swenson College and the College of Science & Engineering on the U of MN Twin Cities campus, the company took advantage of University of Minnesota resources including the Technology Commercialization office and the local Minnesota Innovation Corps program.

It’s in this field that the CounterFlow Technologies team believes they can have a real impact. The company is co-led by mechanical engineering faculty Alison Hoxie from UMD; Paul Strykowski and Vinod Srinivasan with U of MN Twin Cities; and industry expert Doug Parker, who spent 27 years running research labs for 3M.

“[Spraying] is exciting in that it’s everywhere,” said Strykowski, a George W. Taylor Distinguished Professor and the College of Science & Engineering associate dean for undergraduate programs.

“It’s unseen, but it is super important because it saves energy, and energy is everything right now,” he said.

Branching off of Strykowski and Hoxie’s previous research on ramjet engines and biofuels, the researchers took what they learned about mixing and spraying fuel to create a nozzle that uses less energy and even has the ability to spray very thick fluids.

According to the U.S. Energy Information Administration, industry accounted for about one-third of the country’s total energy consumption in 2019. Because its spray nozzle can be applied to almost any industry, CounterFlow Technologies has the potential to significantly reduce carbon emissions and energy usage.

“When you look at an individual industry, it doesn’t seem like there will be a huge impact,” said Hoxie, an associate professor with the UMD Mechanical & Industrial Engineering Department who has made it her career goal to decrease fossil fuel usage in Minnesota. “But when you conglomerate that over everything, I think we really could have an impact in reducing CO2 footprint.”

The U of M team also recently received a National Science Foundation grant to further fund their research in this area.

Learn more about the spray nozzle technology on the CounterFlow Technologies website.