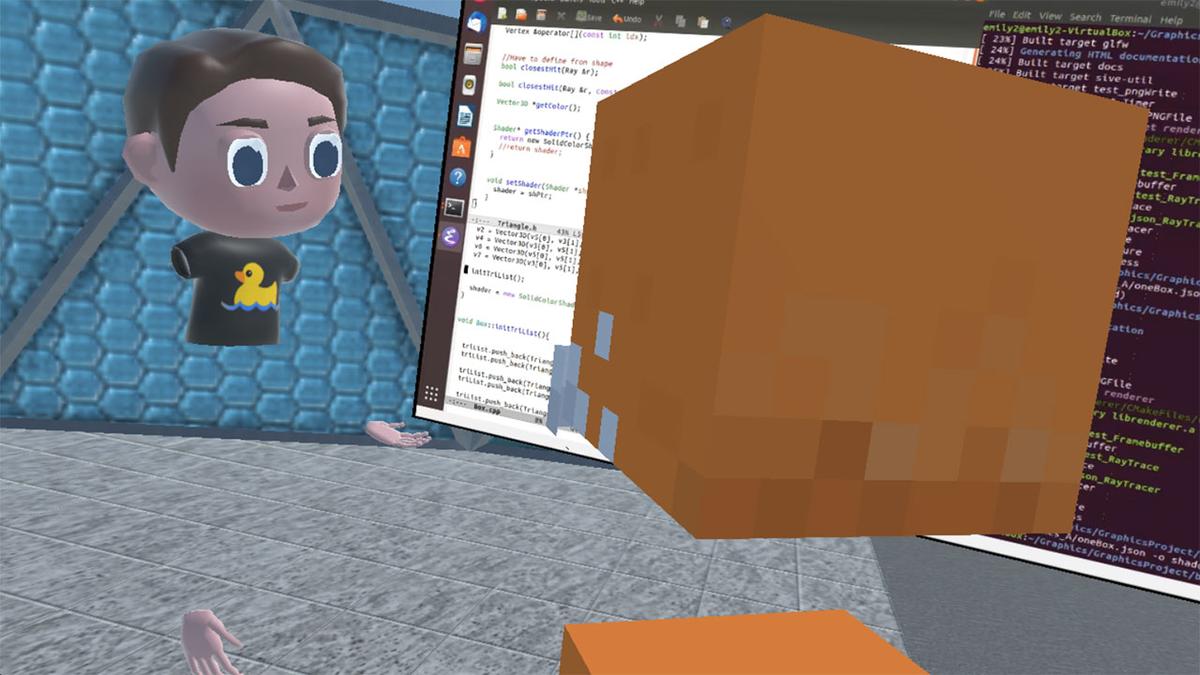 In Dr. Pete Willemsen’s classroom, students still look over each other’s shoulder at their homework, high-five each other, walk around the room and talk to each other, they even take selfies together. How do they do this during a time when online learning and social distancing are the norm? They meet in a virtual reality classroom.

Willemsen is a Computer Sciences Professor at the University of Minnesota Duluth and currently hosts a lab for his Computer Graphics course in a virtual space. “It works great for me, because I can walk around the room just like I would in a regular classroom,” said Willemsen. “I can also see their computer screens as they work and talk through things with them.” 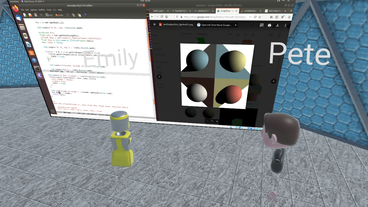 "Like we put a classroom into a video game"

Imagine a large, blue geodesic dome with a desk in the middle – that’s what the classroom looks like. Each student finds a space along the wall and posts their computer screen. They are represented by an avatar of their own choosing and with a few taps on their keyboard, can move around the room to talk to other students, their professor, and a duck, also known as graduate teaching assistant Dale Dowling.

“It’s like we put a classroom into a video game and you don’t need a virtual reality headset to enter. You can just use a regular computer and keyboard controls,” said Dowling. “It gives you the feeling of being in an active classroom.”

The technology is available for free online via Mozilla at hubs.mozilla.com and Willemsen has been in contact with the developers to share feedback about how well it works as a virtual classroom space. 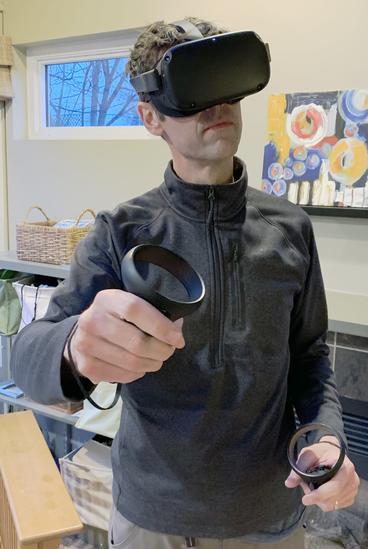 Willemsen uses an Oculus Quest VR headset to host the session which allows him to move around the space, gesture with two floating blue hands and interact with the students and their work.

One of the main differences between this and something like Zoom or Google hangout is the use of spatial 3D audio. Multiple people can be speaking at once and depending on your proximity, they are either loud because you’re right next to them or muffled because you’re across the room. Also, everyone can share their screen at the same time.

Emily Hansson is a senior majoring in Computer Science (her avatar is a fox) and said, “The proximity thing is more like being in the classroom because if I hear Pete explaining something to another person, I can go over and listen, too.” According to Hansson, experiences like this are one more way her last semester of college is going to stand out. “This will definitely be the most memorable semester of my college career,” she said.

Willemsen is unsure whether many other educators are taking advantage of this type of tool. He’s familiar with it after attending a poster session for a virtual reality conference in a similar online space. He currently conducts research around virtual reality and said there is, unfortunately, not much data available about the effectiveness and engagement level of virtual or augmented reality classrooms - something he hopes to address.