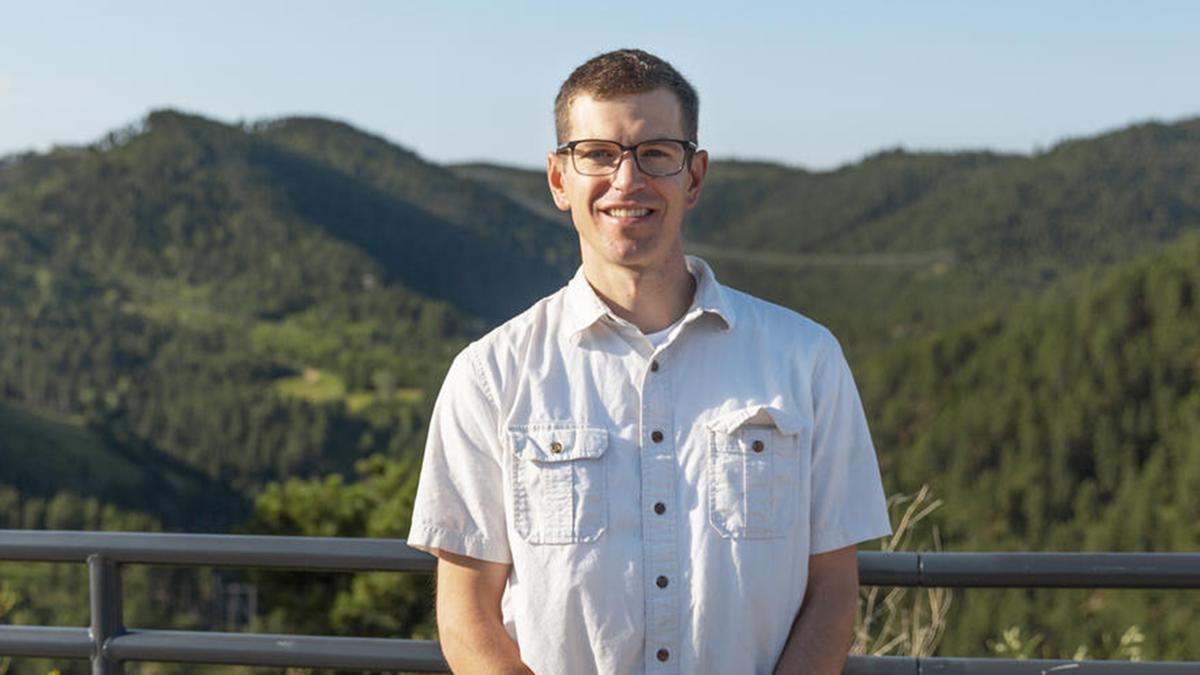 Alumnus works to detect the smallest things in the universe

Kyle Zeug, a 2007 UMD alumnus who works at the University of Wisconsin-Madison in the Physical Sciences Laboratory, was presenting his findings to his peers in a videoconference call. "I walked them through my calculations and showed them how I reached the answers."

He was explaining how a collection of components, designed by a variety of institutions, will fit together to function as a single unit. However, it wasn't the typical mechanical engineering problem. It was part of the International Deep Underground Neutrino Experiment or DUNE, currently under construction in Lead, South Dakota.  "The logistical challenges to installing equipment one mile underground are numerous so it has to be right the first time, he says. "One (of four) detectors is submerged in 3.3 million gallons of liquid argon kept at minus 300 degrees Fahrenheit. There is a considerable amount of thermal contraction that can’t be ignored so I proposed a layout of sub assemblies that make up the detector to maintain the critical alignment.”

Kyle's colleagues agreed with his findings and one by one, the physicists and engineers logged off: Brookhaven National Laboratory, Fermi National Accelerator Laboratory (Fermilab), Argonne National Laboratory, CERN in Geneva, Switzerland, and others. "I just sat there for a few minutes. It was just overwhelming," Kyle says. "Just a few years ago I graduated from UMD and now I’m working with the most famous scientific labs in the world. I'm involved in a massive experiment that has the potential to change everything we know about the universe."

Through Kyle's university appointment, his mechanical integration role reports to the office of DUNE Technical Coordination at Fermilab in Batavia, Illinois. He also travels to the Ash River, Minnesota NOvA particle detector, a project where University of Minnesota Duluth plays a role.

After graduation, Kyle stayed relatively close his hometown of Shell Lake, Wis. He was hired by a Heating, Ventilation, and Air Conditioning (HVAC) equipment company, first in a regional Minneapolis office and later at the manufacturing facility in LaCrosse, Wis. His next move was to the east. "I started with an ice core drilling operation at the University of Wisconsin - Madison and then I moved to the Physical Sciences Laboratory.”

"All of those experiences made me want to give back to UMD," Kyle says. "I chose to make a gift to the Large Lakes Observatory because I wanted to support research initiatives in the Great Lakes. It’s so important to keep our fresh water clean, our drinking water safe, and make policy decisions supported by science."

About UMD's Swenson College of Science and Engineering