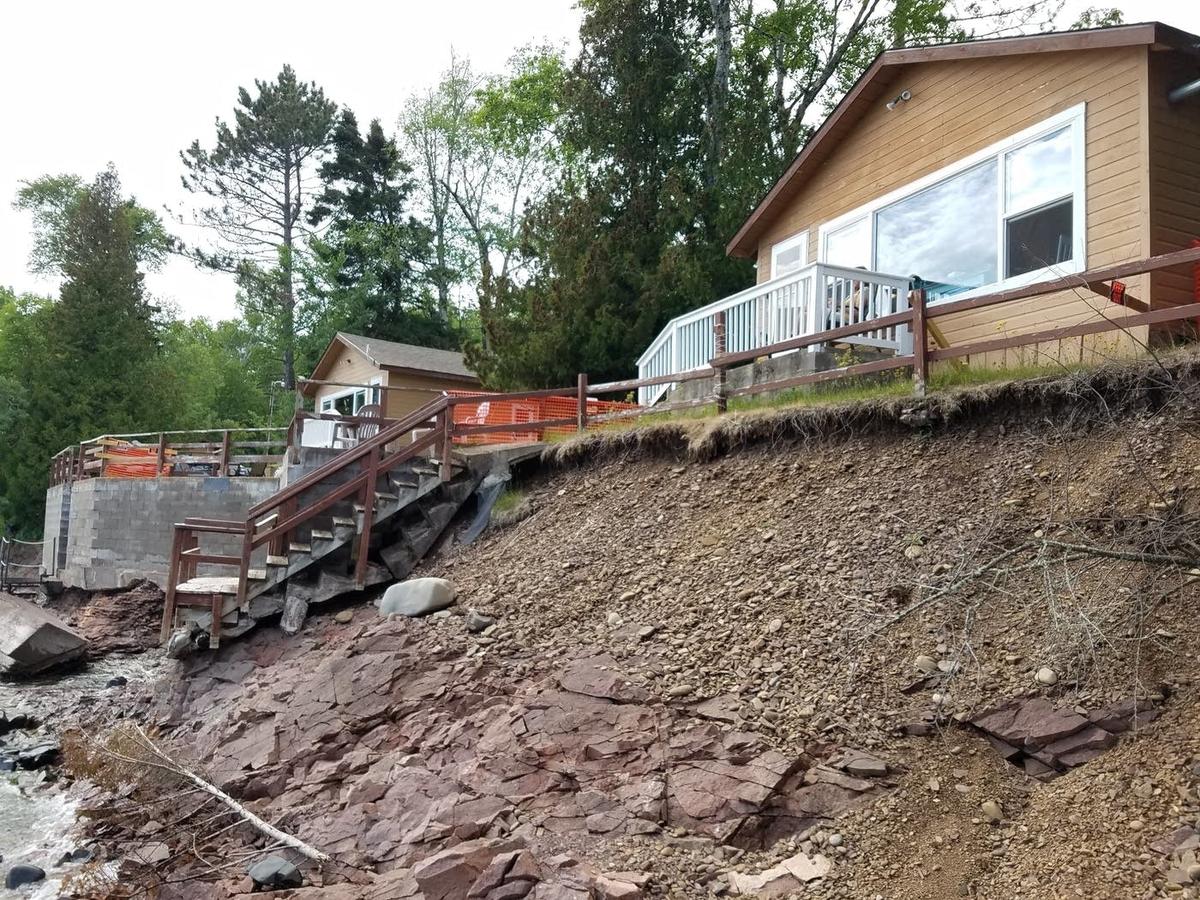 Heavier precipitation in the Lake Superior watershed has raised water levels by 10 to 12 inches, said Jay Austin, a professor with the Large Lakes Observatory at the University of Minnesota Duluth. And warmer winters have meant less lake ice is forming to keep the higher waves at bay during the winter. https://www.mprnews.org/episode/2020/07/23/warming-winters-are-putting-north-shore-property-owners-on-edge-literally

“The long-term trend is, indeed, toward less ice,” Austin said.

Just two or three degrees Fahrenheit can be the difference between substantial ice and none at all, he said. And since 1970, Minnesota’s average winter temperature has warmed 6 degrees.

“The system is extremely sensitive to these relatively small shifts in winter climate conditions,” Austin said.