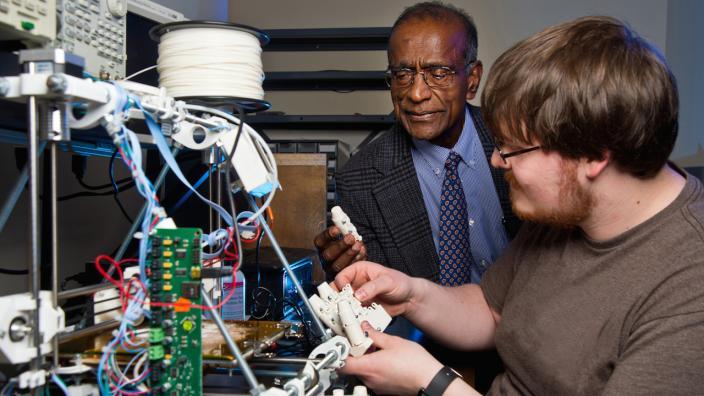 On August 12, at the annual TEDxMinneapolis Conference entitled “In Sight,” Naidu, the Minnesota Power Jack F. Rowe Endowed Chair of Engineering, will tell the story of an affordable prosthetic hand. He will join speakers who will share ideas that cross many disciplines including neuroscience, robotics, dance, the arts, environmental justice, race, education, equality, equity, urban design, immigration, belonging, compassion, and youth. 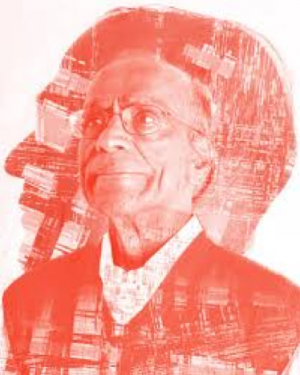 I was surprised and honored to be invited to present," said Naidu. "My message is about how important it is to make medical technology affordable. The goal of the work that my students and I do at UMD is to create a sophisticated prosthetic hand that will cost $250, not thousands of dollars."

Naidu's prosthetic appendage uses electrical engineering to assist bioscience. Naidu and his students have successfully used a 3-D printer to create a working hand, although the grasping, lifting and twisting hand motions of the prosthetic hand are still in development.

The behind-the-scenes process of Ted Talks is new to Naidu. "They don't leave anything to chance," said Naidu. "I've sent them my script and we have two rehearsals before the event.

TED, the non-profit dedicated to “ideas worth spreading,” curates TED Talk lectures by some of the world’s most inspired thinkers. Their short talks strive to contribute to a deeper understanding of the world through storytelling focusing on issues from every discipline, including science and culture.

“TED Talks are inspirational and they reach around the world. I’m humbled to be included among so many remarkable people,” said Naidu.

Naidu joined UMD’s Swenson College of Science and Engineering in August 2014. He came from Idaho State University (ISU) – Carnegie Classified Research High, where he was presented the ISU Outstanding Researcher and Distinguished Researcher Awards. He is the author of more than 300 scientific articles and six books. He earned his Ph.D. in electrical engineering with specialization in control systems engineering from the prestigious Indian Institute of Technology (IIT), and has served in positions in addition to Idaho State University, at IIT, NASA Langley Research Center, and the U.S. Air Force Research Laboratory. Naidu was the first person in the state of Idaho to be elected (1995) as a Fellow (now a Life Fellow) of the Institute of Electrical and Electronics Engineers (IEEE), the most renowned and largest engineering professional organization, with over 460,000 members from more than 160 countries. Fellows hold “the highest grade of membership in the IEEE.”