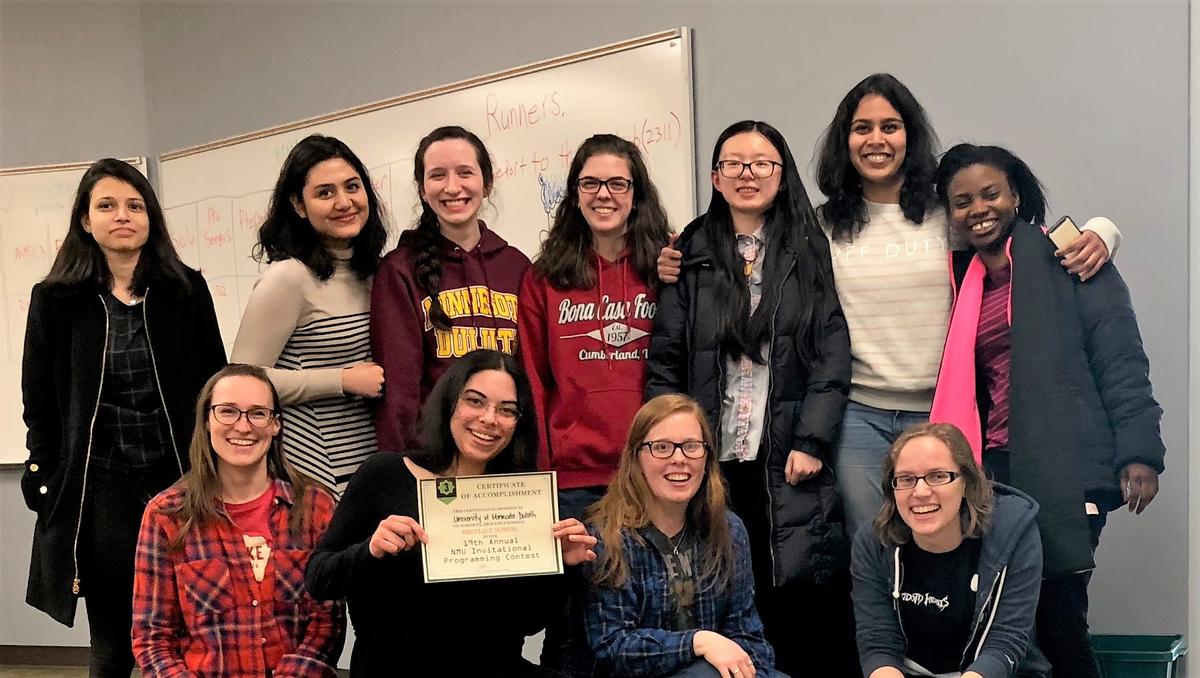 This year's annual contest was held on Saturday, March 24th, 2018 on the campus of Northern Michigan University (Marquette Co, MI).  The programming contest is not affiliated with the annual ACM programming contest; however, the format is strongly based on the ACM model. Nineteen years ago, the computer science students at NMU thought it would be a good idea to hold a contest every spring to provide additional practice for the ACM competition held in the fall.  Every year, schools from the Lake Superior area and beyond are invited to participate.

Seventy-five students on twenty-nine teams representing six colleges and universities competed in this year’s programming contest. The teams had five hours to solve the six problems they were given and may solve the problems with the C, C++, C#, Java, or Python languages.  Each team was allowed to solve the problems given in any order and when they believed to have a viable solution, put it on a flash drive to turn into the judges for grading. If they were right, they received a point.  If they did not, they were allowed to try again.

For each problem, results were showed by the minutes it took that team to solve and the number of failed attempts on that problem prior to solving it. The minutes are added together and a 20-minute penalty is added for each failed attempt of a problem that was eventually solved. There was no penalty added for any problem that was never solved. The teams are ranked by the number of problems that they complete. Ties are broken in favor of the team with the smallest number of minutes.

Computer Science Department faculty; Dr. Arshia Khan, Dr. Jim Allert, and Dr. Eleazar Leal brought eleven strong female computer science students from Women in Computing. The students performed well and had a great time, and also were talk of the contest as being the only all women teams!