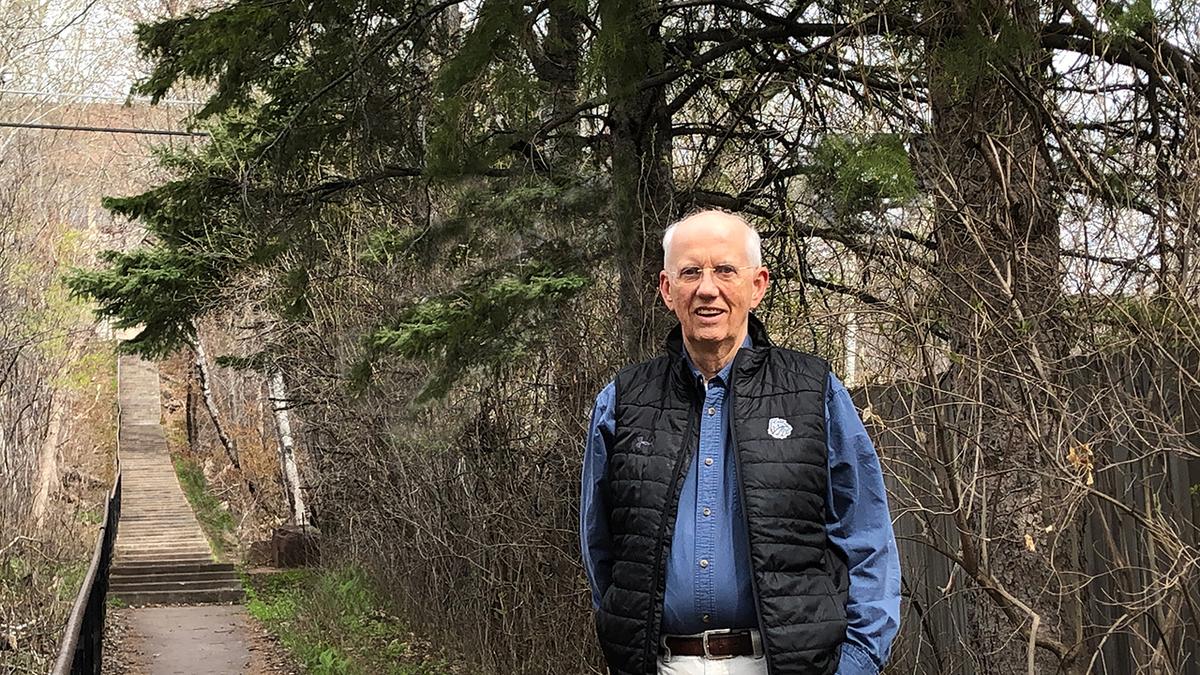 Robert Carlson Receives the U of M President's Award for Outstanding Service.

When Robert Carlson arrived at UMD in 1966, his students would enter the brick Chemistry Building and walk up the metal staircase to the third floor. Over his career, thousands of students climbed those stairs to be greeted by Professor Carlson. He welcomed each one of them by name as they passed through the doors of the classrooms and labs.

During the first few years, he changed offices, but by 1974, he settled into Chem 325, where he met with students, helping some to understand the basics, and others to explore new concepts in the world of chemistry.

On campus and off, Carlson’s work in academic innovation, scientific advancement, and business start-up is of the highest caliber. But if you ask him what he feels is his greatest contribution, he will tell you it is “touching the lives of 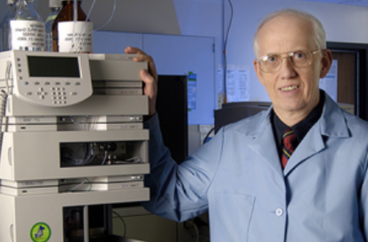 Wendy Reed, SCSE dean, joined others in nominating Carlson for the award. She recognized the dedication Carlson had for students. She said he gave them “valuable experience in conducting authentic and impactful research." She mentioned the scores of successful alumni, from professors to medical doctors to pharmacologists, who worked with Carlson as students. “One such success is Dr. Matthew Brichaecek, an assistant professor of chemistry at the University of Maine. He credits his experience doing research with Dr. Carlson with his decision to not only declare chemistry as his major, but also the many opportunities that propelled him along in his successful career.”

James P. Riehl, former SCSE dean, praised Carlson for his work to establish NRRI. Riehl said, “The area of environmental protection and development of university programs focused on Lake Superior and the northern Minnesota ecosystem has been an active area of Dr. Carlson for his entire career at UMD.”  Carlson acted to protect the environment off-campus as well. He has taken on prominent roles in the Duluth's development of the Western Lake Superior Sanitary District and the Lake Superior Aquarium. In an international arena, he assisted the Joint US-Canada Lake Superior Forum, which works to ensure safe waters in the Great Lakes. These too, represent Carlson's service to the community. They relate to the Land Grant mission of the University that has been an important part of Carlson's life.

Riehl called attention to Carlson’s work to create UMD’s Large Lakes Observatory in 1994 and UMD's Advanced Materials Center in 2017. Carlson was integral to bringing the Pharmacy School to the Duluth campus and his work was “absolutely critical in the securing of financial support and ultimate construction of the new Heikkila Chemistry and Advanced Materials Science Building,” said Riehl.

Carlson’s service to the UMD has been “extensive and outstanding in teaching and advising, research, service/outreach, and program development,” said Dennis Falk, professor emeritus in social work. Falk called Carlson’s tenure as “a rare blend of research accomplishments, leadership, and classroom connections.”

Some of the program developments referenced by Dr. Falk include Carlson's assistance with restructuring the UMD academic support services and the development of the Achievement Center in the 1980s. Part of the effort meant securing support for the construction of the Solon Campus Center to house these activities.

It is certain that Carlson legacy will reach far into the future. Perhaps there is nowhere that Carlson’s influence will be felt stronger than by those thousands of students who climbed the metal stairs in the Chemistry Building where they were greeted by Professor Carlson.

About the UMD Department of Chemistry and Biochemistry.
About the UMD Master of Science in Applied Materials Science