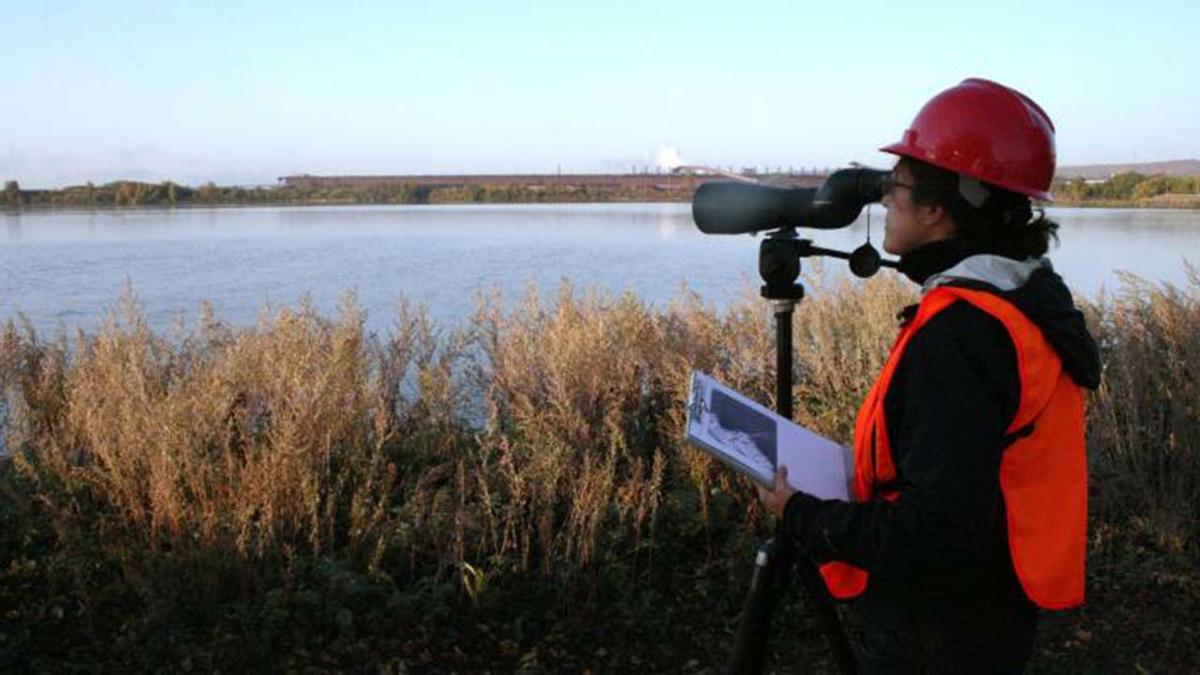 It took eight organizations, 700 field volunteers, 43 photographers, many researchers and an impressive technical review team to launch Minnesota’s first Breeding Bird Atlas Website in November. With leadership from Audubon Minnesota and scientific expertise from UMD’s Natural Resources Research Institute, the interactive website at mnbirdatlas.org is an astounding resource for naturalists, bird watchers, researchers and historians. For anyone.

Highlights in the new atlas include:

Initial reaction to the site has been very positive. Comments from Steve Lewis, retired U.S. Fish and Wildlife Service Regional Nongame Specialist, reflect a common theme from other initial reviewers: “It’s going to be an incredible source of information for people who want to know about Minnesota’s bird populations and habitats. The website provides easy access to so much information.”

And it’s long overdue. Minnesota is an important avian flyway on the confluence of the eastern deciduous forest, the boreal forest to the north and the grasslands and prairies to the west. Work began in 2009 with major funding from the Minnesota and Natural Resources Trust Fund.

“Mostly, we needed observations of birds and their breeding behavior,” explained NRRI Senior Program Manager and UMD Professor Jerry Niemi. “A nest, a male singing or the best thing is a nest with eggs or young. Those are confirmed evidence of nesting by a species.”

Once the volunteers and researchers covered all 2,352 townships in Minnesota, describing at least 20 possible categories of breeding evidence for each species, the data were scrutinized for any errors that ranged from potential misidentification to lack of details for rare or unusual observations. In the end over 380,000 records of breeding evidence were compiled for 249 species of birds that were documented nesting in Minnesota.

A comprehensive account of the status and distribution of Minnesota’s breeding birds hasn’t been compiled since 1936 when Professor T.S. Roberts published his second edition of Birds of Minnesota, a two-volume tome.

Niemi added that a breeding bird survey should be done about every 20 years to better understand how bird populations and their distributions change over time, especially in response to changes in habitat, landscapes, and climate.

“Significant changes are always found – some positive and some negative,” he said. “For this first atlas we dug back into the historical record as best we could to see how our Minnesota birds have changed over time. If we want to preserve our native wildlife, we must understand the past to better conserve their future. ”