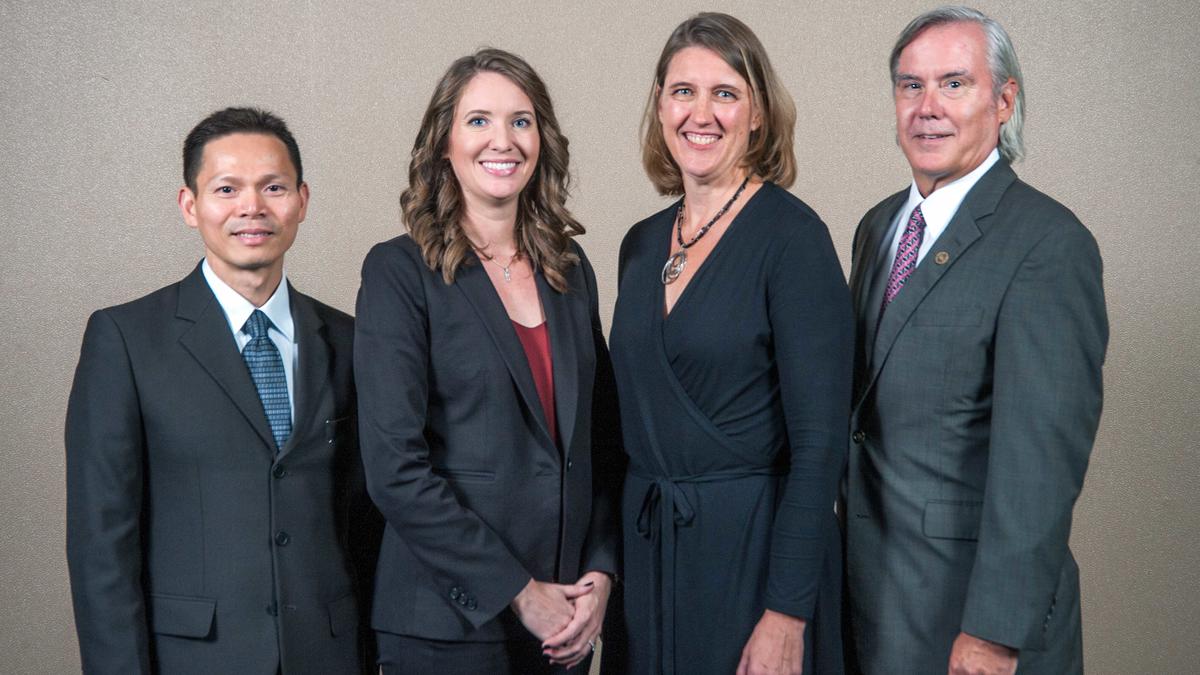 The new Academy members are pictured above with SCSE Dean Wendy Reed: Minh Chau Nguyen (far left); Kodi Jean Verhalen (second from the left); and Thomas Frantes (right). They were honored in a recent ceremony on the UMD campus.

“The Academy was established to recognize the amazing achievements of scientists and engineers connected with our college,” said SCSE Dean Wendy Reed. “Seeing what one person can accomplish is inspiring and this annual event gives us the chance to reflect on the importance of our work, reconnect with alumni and friends and celebrate.” 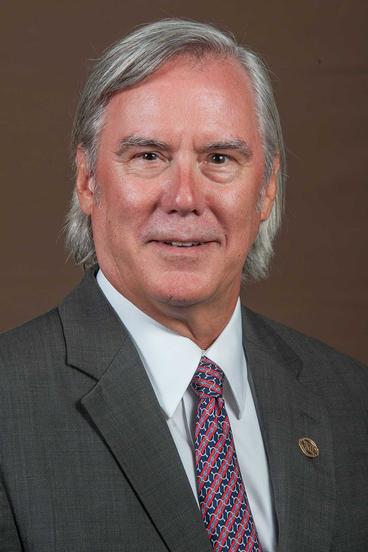 Frantes, Nguyen and Verhalen have been welcomed to this group that began in 2002 and now has a total of 74 members. The ceremony took place at UMD’s Kirby Ballroom where faculty, staff, Academy members and their special guests gathered to honor the accomplishments of the three honorees.

Frantes grew up in the Twin Cities and received a Bachelor of Science degree in geology at UMD in 1979. He later earned a master’s degree and became a licensed geoscientist. Most of his career was spent conducting oil and gas exploration activities for ExxonMobil which took him to every continent except Antarctica. He has always been fascinated with rocks and fossils and his passion for geology and geophysics led to executive positions in his field. In addition, Frantes helped to advance research related to artificial intelligence and three-dimensional visualization for mapping subsurface sediments. After 36 years at ExxonMobil, he is now enjoying his retirement with his wife Beth at their ranch in The Woodlands, Texas. 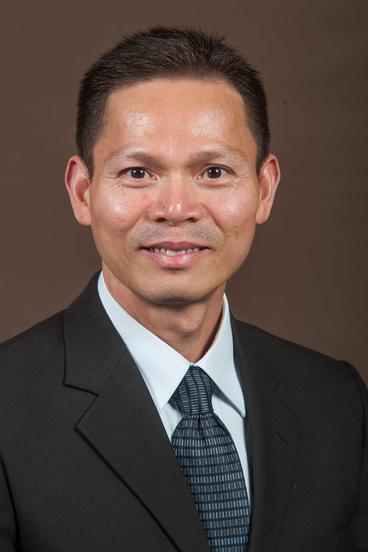 Nguyen graduated from UMD with a degree in chemistry in 1998 and a master’s degree in organic chemistry in 2000. He started his career at Medtox Lab in New Brighton, MN and then a few years later transitioned to the role of forensic chemist with the Drug Enforcement Administration (DEA) at the Western Laboratory in San Francisco, CA. He is now a senior forensic chemist and works closely with law enforcement, special agents and prosecutors on drug evidence. Nguyen immigrated to the US from Vietnam only a few years before starting at UMD and maintains a connection with his native country through charitable work. He has even provided training at the National Forensic lab in Vietnam. He continues to be involved at UMD, too, by providing surplus lab instruments and introducing students to the programs at UMD. 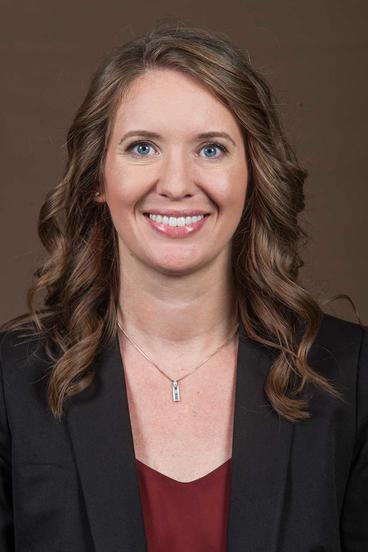 VerHalen graduated from UMD in 2004 with a degree in chemical engineering and has already distinguished herself in her field. In 2010, she received a law degree from William Mitchell College of Law while working in environmental engineering for a Minnesota electric utility. She is now a shareholder and attorney at the Minneapolis-based law firm of Briggs and Morgan, P.A. in the areas of energy and environmental law. She maintains a connection with her engineering peers through involvement in the National Society of Professional Engineers. She was the third woman and youngest person in the history of the group to serve its 31,000 members as president from 2016 to 2017. She has received numerous awards and in her spare time supports the University of Minnesota Masonic Children’s Hospital by participating on committees that raise more than $1 million annually for child and family support services.

SCSE has 3,440 undergraduates and 327 graduate students and is home to ten academic departments, as well as the Large Lakes Observatory, the UMD Air Force ROTC program, and the Iron Range Engineering program. The college connects students with hands-on research opportunities through its collaboration with multiple research institutions and area businesses. To learn more, visit: http://www.d.umn.edu/scse/.