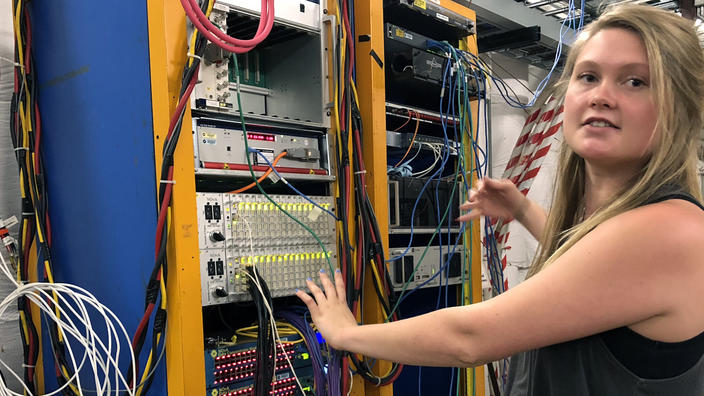 Not everyone would call spending weeks calibrating electrical connections exciting, especially when it takes a long time to see results. “It took three weeks of work before I saw the display lights come on,” Anna says. She was successful at preparing a power distribution system that will supply power to various components of the detector. 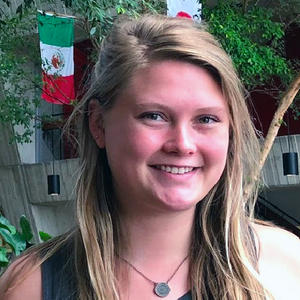 Anna Heggestuen inside the Fermilab entry.

“Fermilab has a powerful particle accelerator that sends a beam of neutrinos to the Ash River Neutrino Detector,” she says. “The small detector I am working on at Fermilab will act as a calibration experiment to the already existing NOvA detector. It will help to calibrate the real NOvA detector by seeing how the test beam detector responds to different particles.”

Ash River is the site of the UMD/UM-Twin Cities’s detector, located north of Orr, Minn., near the Canadian border. That’s where Anna’s advisor, UMD’s Professor Alec Habig, spends part of his time. Habig travels between Ash River, Duluth, and Batavia, participating in several neutrino-related experiments at once.

His connections gave Anna a rare opportunity. “Professor Habig knew there was a project at Fermilab, and they needed an extra set of hands. With the funding from Professor Habig's projects, I was able to join the team."

A senior from Stillwater, Minn., Anna has been learning about neutrinos since her first year at UMD. She started in the physics department office and did well. “When I found the Soudan Underground Laboratory Summer internship on the UMD career site, I applied and got the job." Along with two interns, Anna gave tours about “the exciting world of particle physics.” She had fun, but more importantly, she discovered that the study of neutrinos merged her interests in math and physics.

Neutrino Research Far and Near

Physics Professor Alec Habig's enthusiasm about research in physics and astrophysics was an inspiration to Anna. He began his work with neutrinos at the Super-Kamiokande detector in Japan. The team he worked with received the 2015 Nobel Prize for their discovery that neutrinos change identities and have mass. 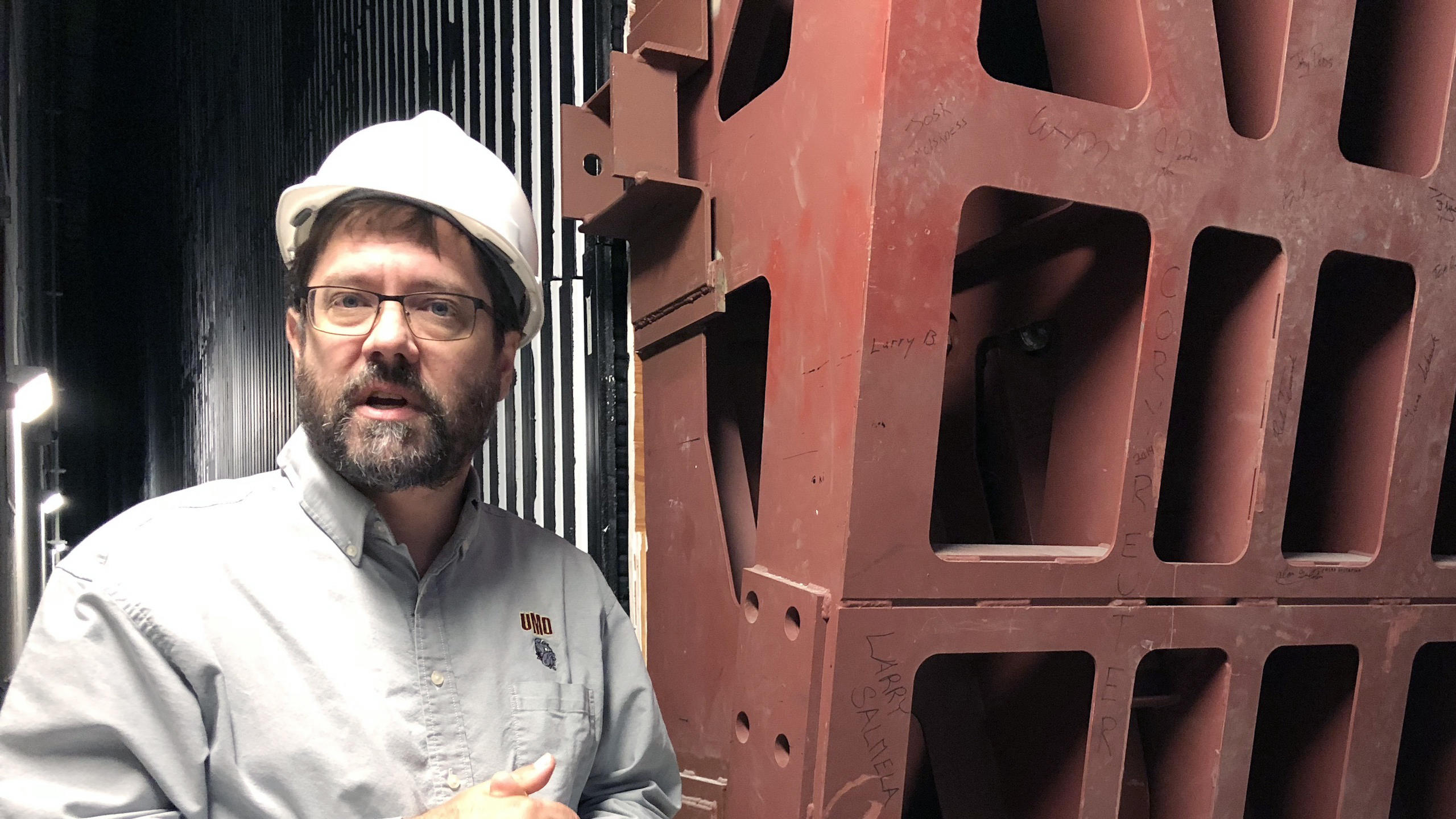 Since then, he moved to UMD to teach physics and to work with the MINOS and MINOS+ experiment at the Soudan Underground Mine Laboratory. Now he’s part of the NOvA project, the 14,000-ton detector in Ash River.

And then there are the supernovae! Alec participates in experiments to provide early warning of a supernova in our galaxy, and he is UMD's representative to the Minnesota Space Grant Consortium. "I work on the HALO experiment, a dedicated supernova neutrino detector, sited in SNOLAB's underground lab in Sudbury. We watch for supernova, although one close enough for us to see in neutrinos should happen a few times per century, so our motto on that experiment is 'Astronomically Patient.'" The experiment watches for a core-collapse supernova neutrino signal in the Milky Way. “When we detect it,  we’ll be able to send an early warning for astronomers, and they’ll be able to record observations as they occur," he says.”

Possibly the most exciting project of all is DUNE, the Deep Underground Neutrino Experiment to be built at two coordinated sites in Illinois and South Dakota. Alec is involved with the physical design of the project. DUNE, which will be located deep underground, will be the world’s largest cryogenic particle detector and it will also detect neutrinos sent from the Fermilab. It’s a massive investment and hundreds of people are making it happen. There are over 1000 collaborators from 175 institutions in 32 countries, including the European Organization for Nuclear Research (CERN).

Both Alec and Anna have substantial support. Alec's research is funded by grants from NSF, DoE, and NASA. These funds allow him to hire many students, such as Anna, each year. There is support behind Anna as well. She was the recipient of the Donald E. and Lois E. Olson Memorial Scholarship and the UMD Judy A. and Marvin W. Hoops Scholarship, and a physics department dedicated scholarship. She also received the Minnesota Space Grant Scholarship.

The Fermilab project was a challenge for Anna, but she doesn’t think it will be her last. “The more I learn, the more fascinating it gets.” Anna says she’s intrigued by more than the problems. “I’m interested in physics for the beauty of it.”

About the Physics and Astronomy Department