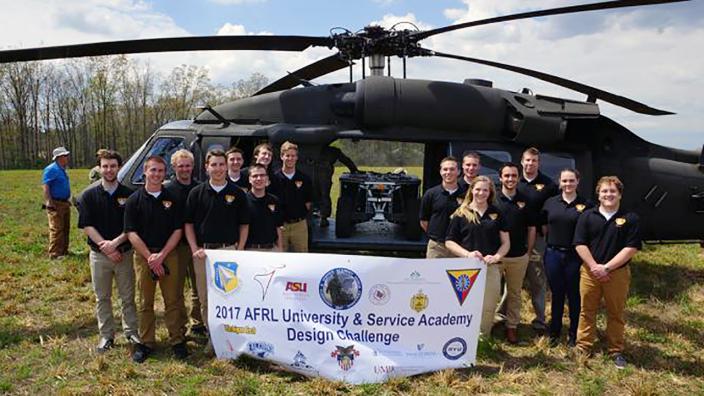 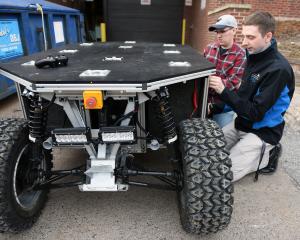 The robotic pack mule can carry a load of up to 350 pounds and can be run by remote or follow someone via a special tracking tag.