From UMD to the CDC 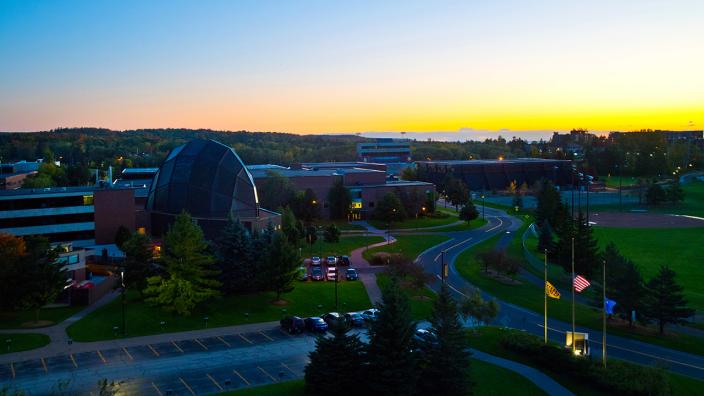 Sonja Rasmussen is a University of Minnesota Duluth alumna with a national research profile and high ranking position at the Centers for Disease Control and Prevention.

UMD Alumna Sonja Rasmussen is a big name in our Mathematics & Statistics Department. In 2016, her article, "Zika Virus and Birth Defects - Reviewing the Evidence for Causality," was the number six ranked of the top 100 most-discussed journal articles of the year.

As a student, she was involved in many extracurricular activities including the University Singers and the Elizabethan Singers. Each day, Rasmussen had a total of two and a half hours of practice for her clubs. In addition, she worked for the Mathematics Department. Specifically, she worked for Dr. Joe Gallian typing his first addition “Abstract Algebra” textbook. Dr. Gallian is still a professor in the Department of Mathematics with research focused on graph theory, finite group theory and combinatorics.

During the summers after her second and third years of college, she took a job at a resort - Chik Wauk Lodge - in the Boundary Waters Canoe Area (BWCA) near Grand Marais. Rasmussen worked as a "cabin girl" cleaning cabins for guests. She said, “ It was glorious to live and work in the BWCA, but it was always wonderful to get back to UMD in the fall. And I still hate making beds!”

After graduating from UMD, Rasmussen went on to receive an MS in medical genetics from the University of Wisconsin-Madison in 1983 and an MD with honors from the University of Florida College of Medicine in 1990. She completed her pediatrics residency training at Massachusetts General Hospital and her fellowship training in clinical genetics at Johns Hopkins University and the University of Florida before moving on to the CDC in Atlanta in 1998. She is board-certified in pediatrics, clinical genetics, and genetic counseling. Dr. Rasmussen's work has focused on the molecular genetics of neurofibromatosis, identification of genetic and environmental risk factors for birth defects, and mortality associated with genetic conditions.

In 2007, Dr. Rasmussen was inducted into the SCSE Academy of Science and Engineering. Members of the Academy are among the University’s most successful and distinguished alumni. They include Nobel Laureates, national academy members, leaders in government and industry, and pioneering entrepreneurs.

When reminiscing about her undergraduate years at UMD, Rasmussen said, “I loved being at UMD - it was huge compared to my home town high school in Wadena. Each semester, I took one fun class - something I wanted to learn about that had nothing to do with my major. UMD was perfect for me. Big enough to have the opportunities and courses I needed to prepare me for my future, but small enough to feel that I was part of two communities [math and music]. I felt like people actually cared about me at UMD."