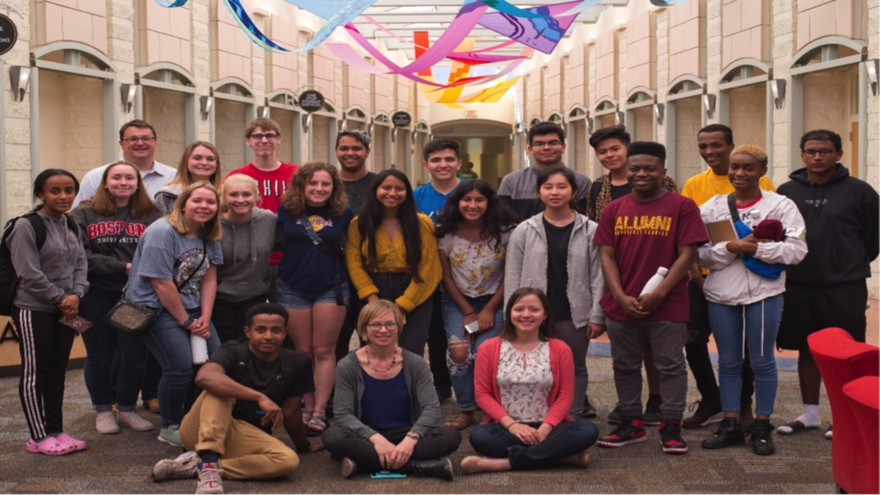 UMD alumnus, Wes Griffiths, reached out to STEM program director, Rachel Breckenridge, to see how he could assist with the STEM program.

Wes Griffiths, a Class of 2000 double major in Math/Stats and Economics, was inspired to reach out to the department after reading about the Math Prep for STEM Careers program in last year’s Numberlines newsletter.  He recognized the value of UMD’s program, which serves underrepresented students in STEM, and saw an opportunity to collaborate. Recently, Wes was hired as First Staff Admissions Actuary for the Casualty Actuarial Society. Prior to his current position, Wes worked for Travelers Insurance for almost 20 years where he was 2nd VP and Senior Actuary. With a strong actuarial background, Wes felt that exposing students to actuarial science as a career option would be a great way to continue work towards diversifying the actuarial profession. After discussion with program director and department instructor Rachel Breckenridge, a visit to UMD during the program camp was planned.

While enrolled at UMD, Wes served the department and others on campus.  He was ambassador to incoming freshmen through the First Year Experience Office, volunteered as a math tutor, gave campus tours to prospective students and families for the Admissions Office, and served as an officer in the Math Club. After graduation and a summer internship, he started full time employment at Travelers Insurance.  Wes successfully completed his actuarial exams in 2009 and earned his Fellowship in the Casualty Actuarial Society (FCAS). His drive to give back continued well beyond his UMD years and included a role as Chair of the Casualty Actuarial Society’s (CAS) University Engagement Committee, a term on the CAS Board of Directors, and his current role as President of Gamma Iota Sigma.  Gamma Iota Sigma is the insurance industry’s collegiate talent pipeline for students interested in pursuing c

areers in insurance, risk management, and actuarial science with over 5,000 current student members in chapters on over 85 different colleges and universities in North America.

ded an opportunity for Travelers to learn more about the UMD Actuarial Science program and ways to bring more industry exposure to the program and the students. Following lunch, Wes and Anne led a 2-hour activity for around 20 of this year’s math prep students. The goal of the activity was to expose the students to the basics of insurance and the role actuaries play in the pricing of the products, as well as to give them a sense for a day in the life of an actuary. The students took part in an insurance simulation developed by Travelers to show various outcomes for small business clients under different insurance plans, and the role that insurance plays in sharing the risk. Following the activity, the group had dinner at a nearby restaurant courtesy of Travelers. The students enjoyed the session and learned much about insurance and the actuarial profession. We are incredibly thankful to Wes, Anne, and Travelers for their support of the program and the department. 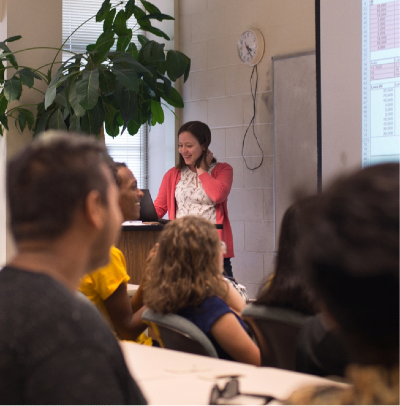 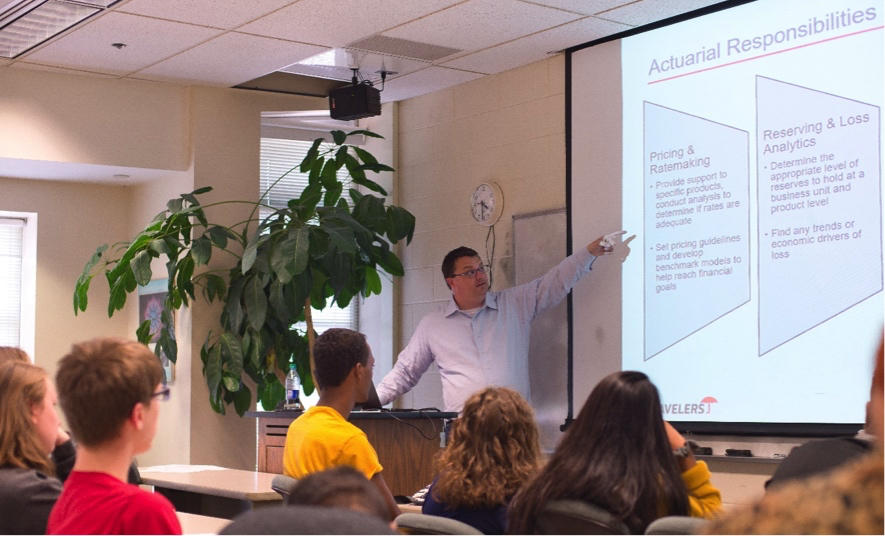 *all photos by Minh Bui*