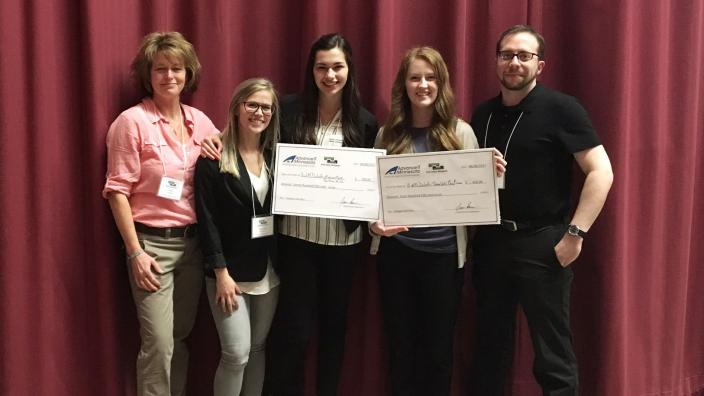 UMD Math/Stats Team excels at Advance IT Minnesota Data Derby Minnesota and is the only team to place in both divisions of the contest.

Students from across Minnesota competed in two categories as part of the Data Derby event – Datathon & Datagon – and our team earned second place in both.

Datathon is a 3.5 week data analytics challenge where students are presented with data from a world-wide non-profit organization Rise Against Hunger. Their goal was to use the data to answer business questions for the non profit. To do that, they had to clean up the data, mine it to understand its attributes and conduct an analysis to provide strategic recommendations. They shared their work in a 12 minute presentation to a panel of judges that also asked them a series of questions.

The UMD team only missed first place by 1/100th of a point and earned a $750 check for their team.

Datagon was a 2.5 hour “data sprint” where the students were given six separate data sets. Their ultimate goal was to provide a stock index prediction based on old information. They were scored on their rationale, the analysis of the relationship of the data sets they were given to their final prediction, formulation and application of their model, their visualization of the data and how close they came to an accurate predication. 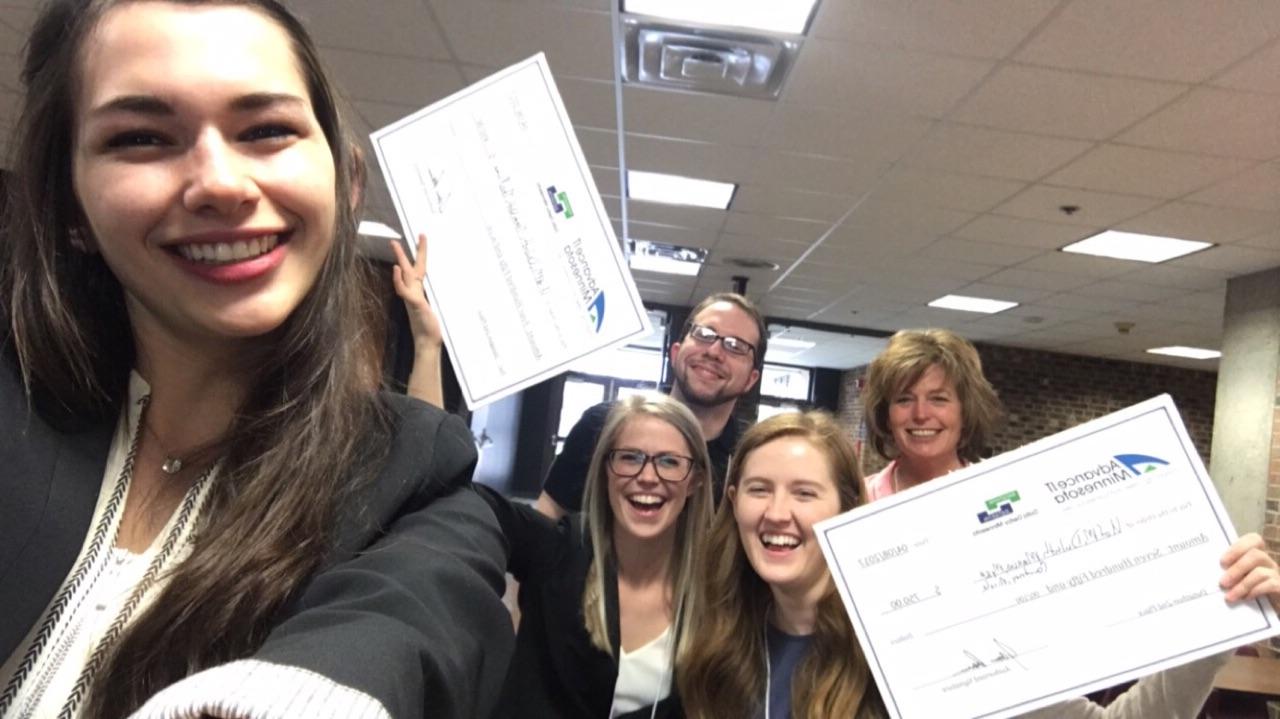 The team’s faculty advisor Tracy Bibelnieks is thrilled with the outcome. “This was a really strong showing for our team,” said Bibelnieks. “They’ve been competing against teams from across MN, WI and the Dakotas in challenges like this and this is only their first year.”