Be On the Lookout for Algae Blooms on Lake Superior 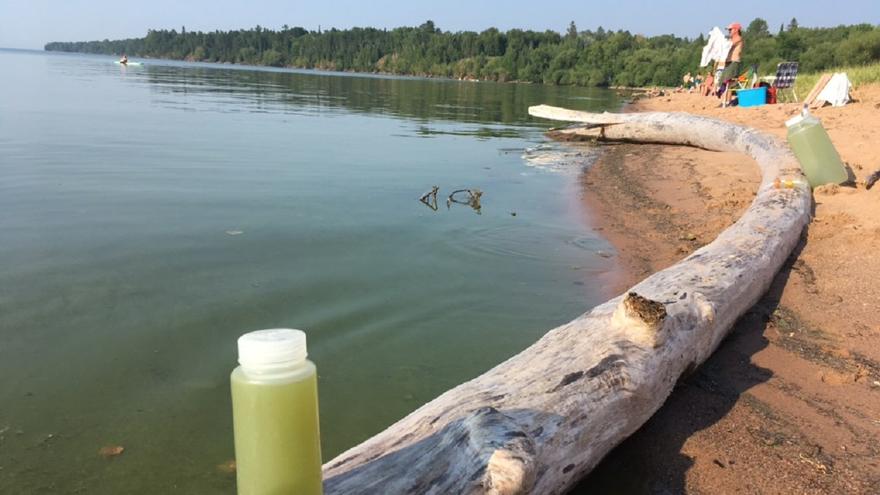 UMD researchers have identified factors that contribute to blooms on Lake Superior.

A team of researchers led by Bob Sterner, Director of the Large Lakes Observatory (LLO) at University of Minnesota Duluth (UMD), has identified two major factors that contribute to the presence of cyanobacterial algae blooms on Lake Superior and one of them is already in play.

“It’s been a warm year and past blooms have happened in warm years,” said Sterner. “The other factor we’re looking for is a major weather event or historic rainfall.” 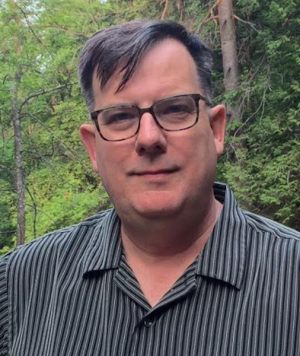 Sterner is the lead researcher of a group at UMD that in partnership with the National Park Service has been gathering and examining data on algae blooms along Lake Superior’s southern shore since 2011 to get a better understanding of what causes them. He is also part of a much broader Algal Bloom Response Team that is sharing information and coordinating resources to monitor and eventually help protect Lake Superior from toxic blooms that could have a devastating impact on lake economies.

The Response Team includes representatives from Northland College in Ashland, WI, the Wisconsin Department of Natural Resources, the Environmental Protection Agency, the National Park Service and the Red Cliff Band of Lake Superior Chippewa. Sterner explains that the broader involvement of these agencies improves researchers’ ability to learn of blooms that pop up and respond to gather more information. The public has a part to play in assisting this effort, too.

What to Look For

“Floating green scum indicates a bloom and we’d like people to take photos, note the location, size of the bloom, place and time and, if it can be done safely, collect a water sample,” said Sterner. To report an algae bloom email DNRHABS@wisconsin.gov. The response team is not able to test every bloom, but the following details are helpful:

The first documented Lake Superior bloom occurred in 2012. Another, even larger bloom in 2018 provided an opportunity to gather valuable data. No evidence of toxicity in Lake Superior blooms has yet been seen, but Sterner said that certain environmental factors like high nitrogen levels can trigger toxicity. “Lake Superior is high in nitrogen, but we haven’t seen a toxic bloom yet, so we keep watching,” said Sterner. “We’ve gotten off the ground floor by identifying some underlying causes for these algal blooms, warmer than average lake temperatures and major storm events, but we need to keep going.”

Many UMD students have been part of the LLO research team. PhD candidate Kaitlin Reinl spent many months collecting water and sediment samples from nearshore locations and tributaries that feed into Lake Superior and analyzing the data gathered. “I think most people think of Lake Superior as enormous and pristine, but we’re starting to feel the effects of a changing climate with the lake temperature rising,” said Reinl. “We have an opportunity to be proactive instead of reactive and we need people to be aware of this research and how they can help us.”

With further study, Sterner explained they may be able to determine if things can be done to minimize the risk of toxic blooms in the future. “If we can say, for example, that sediment is a big problem, there may be things we can do in the watershed to deal with it. But the science needs to progress in order to turn into management objectives,” said Sterner.

COVID-19 has presented new challenges to researchers at LLO this year as the launching of sensors in the lake to monitor temperature, turbidity and chlorophyll levels has been delayed. But the work continues, and Sterner said his team is finding new ways to gather data safely and take advantage of the combined resources of the Algal Bloom Response Team.

“There’s a high likelihood of a bloom occurring with this summer’s warm temperatures, so I hope people take the time to contact the Wisconsin DNR if they see something,” said Sterner. “Every year is a new data point and a further test of our understanding. If we continue to pay attention the lake will tell us what is happening and why.”

Photo at the top of the page was taken in 2018 along the south shore of Lake Superior by Brenda LaFrancois of the U.S. National Park Service.