Explorers of the Inland Seas 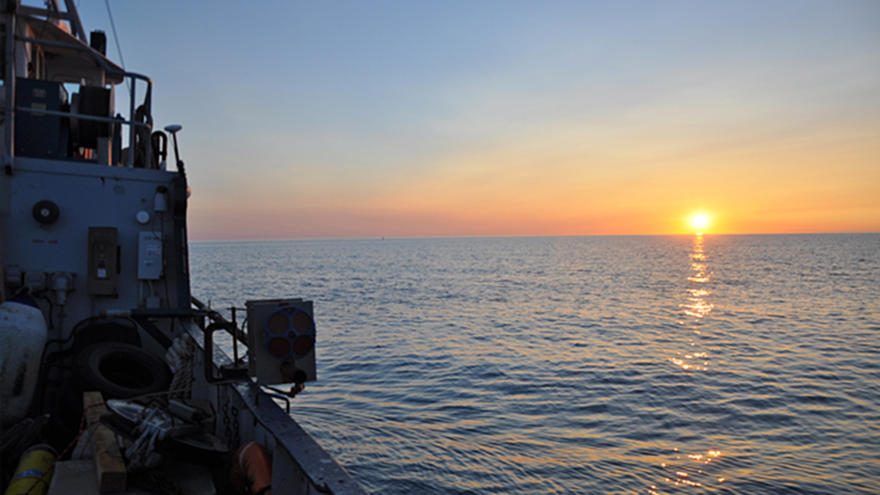 When the University of Minnesota Duluth launched its Large Lakes Observatory (LLO) in 1994, it put the Land of 10,000 Lakes squarely in the big leagues of lake research.

Perched on a hill overlooking the western tip of Lake Superior, LLO has for 25 years studied the world’s largest freshwater lakes, including Baikal, in Siberia; Matano, in Indonesia; Tanganyika and Malawi, in East Africa; and of course Superior, the world’s most extensive lake. LLO’s mission is to discover how these immense bodies of water affect Earth’s changing climate, the ecosystems within and around them, and the industries that depend on them.

“We are the only institution in the world dedicated to the scientific study of all the large lakes of Earth,” says LLO director and UMN Duluth biology professor Robert Sterner.

Out on the lake aboard the Blue Heron

LLO operates the Blue Heron, the largest university-owned research vessel on the Great Lakes. Through the Science on Deck series, the public can take guided tours of the boat and hear about LLO research.

LLO’s faculty and students hail from diverse scientific departments in UMN Duluth’s Swenson College of Science and Engineering. Their work on Superior and other large lakes brings $1 million in research funds into the state annually.

Thanks to the discoveries they make, Minnesota and neighboring lands are better able to manage aquatic ecosystems, preserve the health of the tourist and recreational businesses along Superior’s shores, and keep the Great Lakes fishing and shipping industries prosperous.

Like a gigantic organism, Lake Superior has a metabolism. Based on photosynthesis by plankton, it involves a web of interactions between nutrients and organisms that influences climate and the productivity of fisheries.

Sterner studies these interactions and finds phosphorus an especially fascinating nutrient. It’s scarce in Superior’s waters, yet some organisms need a lot of it to grow. And if they get it, say from a sudden influx of storm runoff, it may trigger an event like a bloom of noxious blue-green algae. 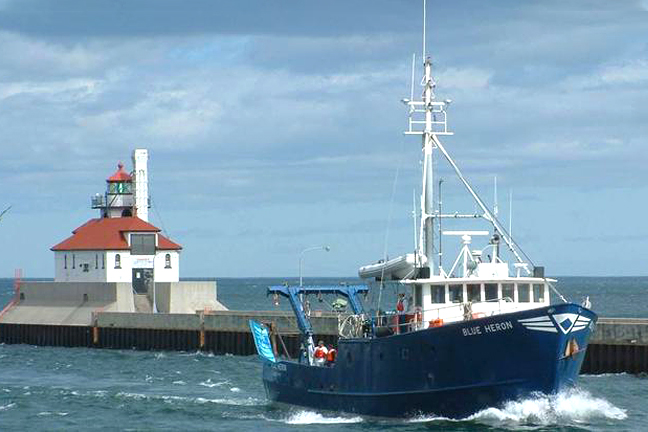 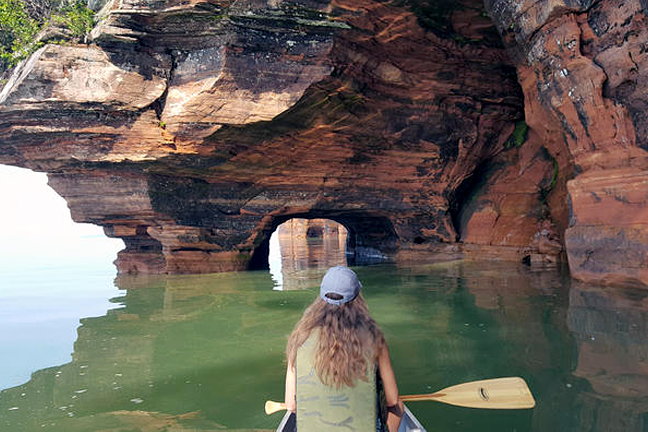 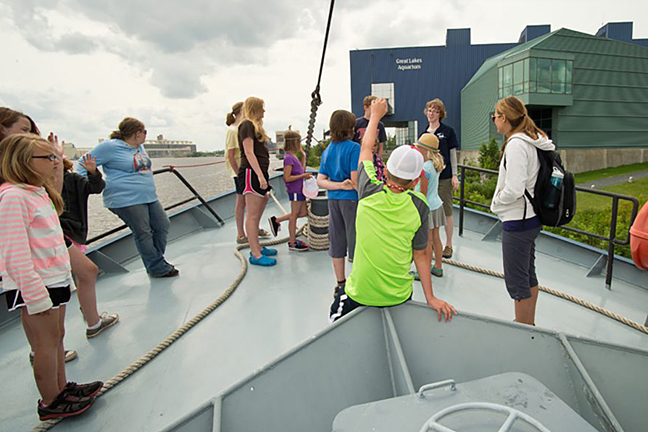 “We’re [LLO] the only ones with data on this,” Sterner says. “We’re trying to understand what triggers these blooms and if there’s anything we can do on land to prevent them. Though short-lived, they can ruin a lot of vacations.

“Tourism and brewery industries in the Twin Ports depend on the perception people have of this resource. If the water turns green, it scares people.”

From Malawi to Minnesota

Organic matter—e.g., from tree bark, fish poop, algae, or leaves—can profoundly affect a lake’s character. This intrigues Elizabeth Minor, who studies the composition of natural organic matter and how it travels through lakes and streams to the ocean.

“Based on what washes into a lake, it determines if the lake is nutrient-rich and what kind of fish it has. This can inform lake management,” says Minor, a UMN Duluth professor of chemistry and biochemistry.

“We are tracing different storms and looking for the hot [landing] spots for nutrients and sediment in Lake Superior. And on land, the hot spots for erosion and mobilization of dissolved organic matter.”

Students learn about lake research on the Blue Heron with Professor Elizabeth Minor.

Minor also studies what happens when sunlight degrades dissolved organic matter, a process that may release nutrients and other products harmful to the health of Lake Superior.

In the waters of Lake Malawi, Minor and colleagues found tiny particles of “microplastics.” Then they found them in Lake Superior.

These ultrasmall particles are the hardest to measure, but the most likely to affect living things.

“They could cross a fish’s gut barrier and get into tissues,” Minor explains. But absent a way to measure microplastics, there’s no way to establish safe limits in water, food fish, or shellfish.

Using their chemistry expertise, Minor and her colleagues are improving the ability to measure microplastics in water and sediment “so the folks who study how they affect fish and zooplankton [tiny animals eaten by fish] can use environmentally relevant levels in their work.”

Jay Austin reported the first data that placed Superior among the world’s fastest-warming lakes. A professor and head of the UMN Duluth Department of Physics and Astronomy, Austin studies how lakes stratify—settle into layers, getting colder with depth—in late spring.

The timing can have serious consequences. For example, the earlier the ice-out, the earlier the lake stratifies and the warmer, more hospitable environment it provides for invasive species and algal blooms. 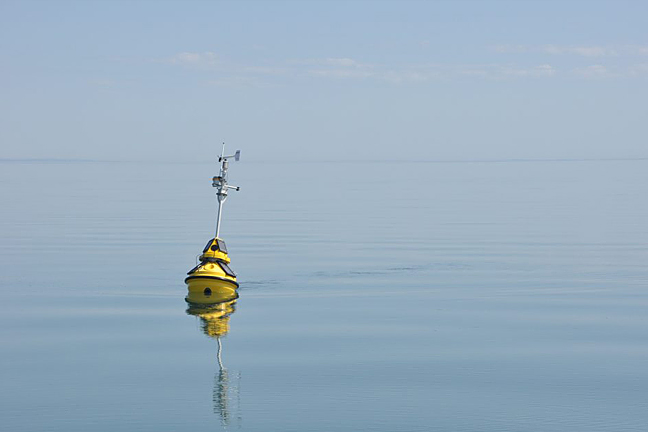 LLO monitors Superior as part of the Great Lakes Observing System, a consortium of universities and government agencies that provides observational data in real time. Austin’s group operates two buoys, both east of Duluth, that act as weather stations.

“The National Weather Service uses the data to improve its ability to forecast conditions, especially waves, in western Lake Superior. Smaller commercial and recreational boats need it to make decisions about when, or whether, to go out on the lake,” he says. 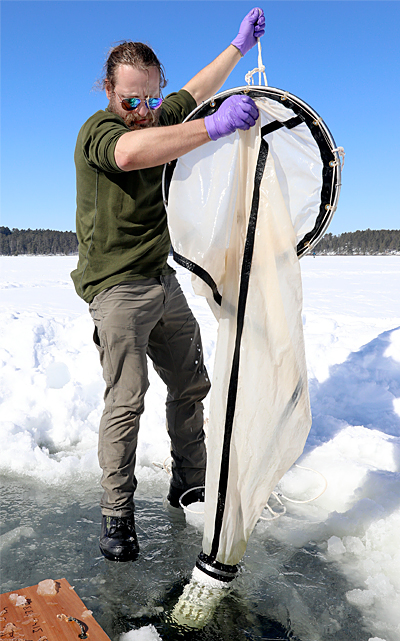 Despite its importance to fisheries, commercial shipping, and recreation, little is known about Lake Superior in winter, especially when it’s iced over.

However, “The lake doesn’t ‘shut down’ for the winter months,” says Austin. “How it functions as an ecosystem in winter inevitably affects its functioning year-round.”

“To make informed decisions in regard to management and regulation, we need to understand how the lake works,” he says.