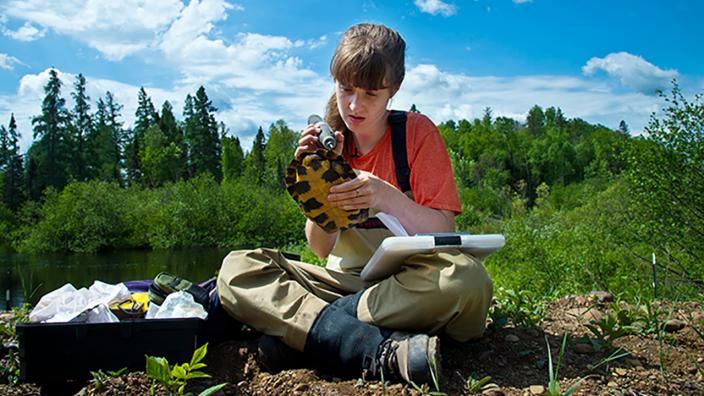 Turtles might be slow, but they’re determined. And that’s part of their problem.

Like salmon swimming upstream, turtles set off on an annual pilgrimage to their nesting areas to have their young. Unfortunately, their homing instinct isn’t deterred by human structures. And that’s why our tires encounter them on roads.

The result is tragic. Wood turtles are a threatened species in Minnesota due to road accidents and a host of other threats like development, poaching and predators.

Working with the Minnesota Department of Natural Resources and Donald Brown, a turtle expert at the West Virginia University, NRRI scientists are monitoring two populations of wood turtles in northern Minnesota.

The goal is to find out what’s causing their population decline and experiment with a variety of protocols to help them survive. The project is part of a multi-state non-game research effort funded through the federal State Wildlife Grants program. The project is also being conducted in Iowa, Wisconsin and Michigan so that information and techniques can be shared. 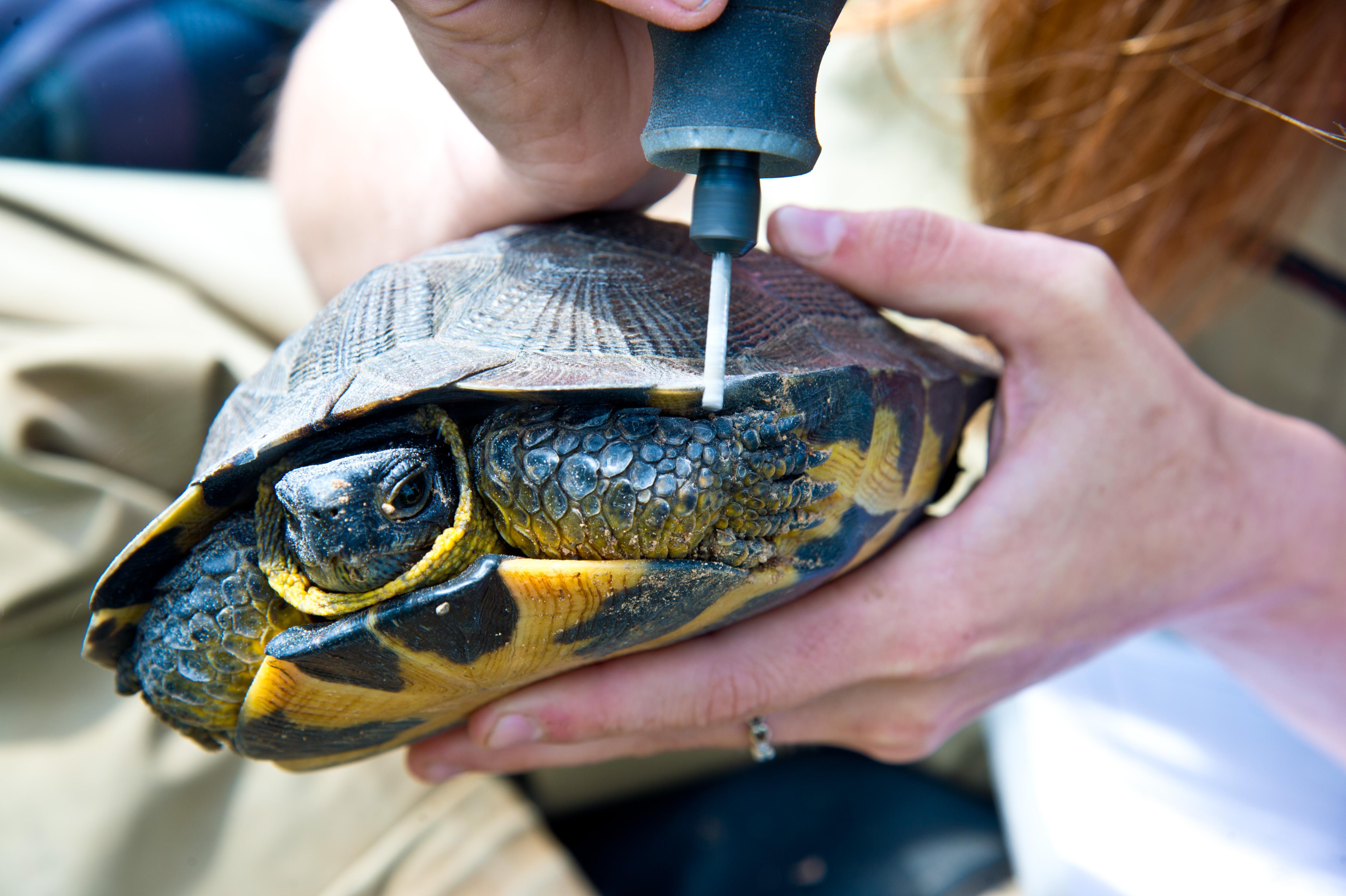 Luckily, the northern Minnesota turtles have been monitored since the 1990s by U.S. Forest Service and Fond Du Lac Band of Lake Superior Chippewa biologists. About 800 turtles are marked which allows the researchers to know how old they are and when they die so predictive models can be made to understand future trends.

“Turtles are super cute and really interesting animals,” said Berkeland. “Plus, this is my first time being a crew lead, so I’m learning how to manage a crew, coordinate fieldwork, and manage data. These skills will be useful for a career in wildlife biology.”

To keep them off the roads, the researchers tried to make new, inviting nesting areas near their favorite foods. Then they set up tarp barriers along the roads, hoping the turtles would turn away from the road and go back to the new sites. Motion detecting cameras were put in place to record turtle activity.

“But the turtles move too slowly for the camera motion sensors to pick them up,” laughed Berkeland, “so we added time-lapse photography.”

Neither experiment – the barriers nor the new nesting sites – seem to be working very well. The determined turtles haven’t found the human-made nesting area and find their way around the barriers. They just keep going. But NRRI’s expertise in using radio telemetry to track animals is gathering a lot of important data. 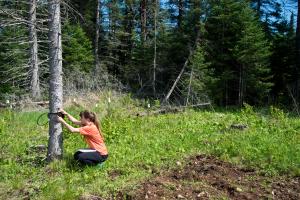 Maria Berkeland changes the SD card in the time-lapse camera to capture images of turtles using the nesting area prepared for them by the research team.

In one of the first deployments of the tiny GPS units on turtles, the researchers have learned that the females travel much further away from water than the males.

“It’s known that wood turtles are the least aquatic turtle species,” said Ron Moen, NRRI biologist and project lead. “What wasn’t known is the extent to which they spend time away from water and the differences between males and females.”

As the study wraps up this year, one major product is a repeatable research protocol that the DNR can use into the future to determine if the population is increasing or decreasing.

“We just have very general information about wood turtles now, so the information that NRRI is collecting is going to greatly refine our recommendations for logging buffers and other protections,” said Gaea Crozier, DNR nongame wildlife specialist. “This research will improve our management.”