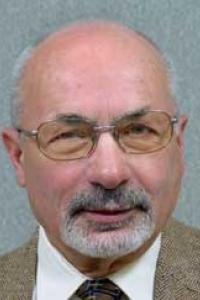 He received his M.Sc. degree in Control and Computer Engineering from the LETI, Soviet Union and both his Ph.D. and D.Sc. from A G-H, Poland. He heads the Laboratory for Intelligent Systems. He is also graduate professor for Computer Science Department University of Minnesota Duluth campus and Dynamical Systems, University of Minnesota Twin Cities campus. Dr. Stachowicz received two awards from the Polish Ministry of Higher Education and Science for the introduction of the digital fuzzy sets into the fuzzy set theory that has facilitated applications of the fuzzy set theory to computer engineering.

His work centers on artificial intelligence and soft computing, decision analysis and control. Recently, he had worked for Berkeley Initiative in Soft Computing, University of California, Berkeley. Dr. Stachowicz is co-author of the Fuzzy Logic Package for Mathematica. He is a member of the North American Fuzzy Information Processing Society, a member of the International Fuzzy Systems Associations, Senior Member of IEEE and a consultant for large multinational corporations.