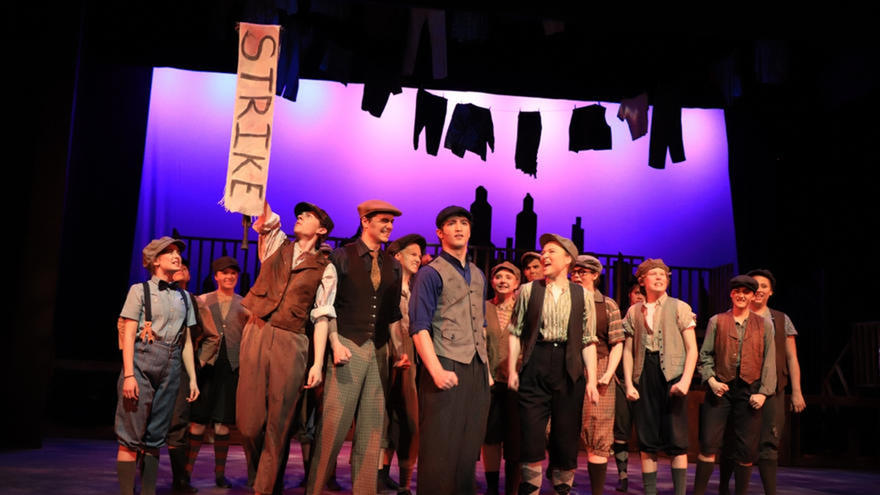 "Now is the time to seize the day!"

The edict "seize the day" filtered through the mind of a biochemistry major looks something like this: taking all the known factors– class schedule, time in labs, anticipated homework load– and deciding whether seizing one’s day is a logical choice. "Any major that takes a lot of math can plan a day," explains freshman Lane Greer.

Thankfully this Silver Bay, Minn, native decided to go for it, figuring out how to squeeze a starring role into his schedule. On top of his rigorous biochemistry academic load and working up to 20 hours a week at a Duluth restaurant, Greer is playing Jack in the Duluth Playhouse production Newsies, which runs through March 10, 2019.

Newsies takes place in the 1890's and tells the story of newspaper sellers that go on strike. As the star, Lane calculated his participation as 210 lines and five songs, which equates to being on stage for all but 20 minutes of the two-hour play.

But he's been preparing for a role of this rigor for a long time.

Silver Bay, Minn is a small town about an hour north of Duluth. It was founded in the 1950's as a company town for Reserve Mining, which started a taconite plant on the Lake Superior shoreline.

Growing up here, Greer got involved with just about everything– he played jazz and football, ran track, and also looked for opportunities to act. Two community theatres, Prairie Fire Theatre and Lake Superior Community Theatre, provided the opportunities while his sister and mom, who were also drawn to the stage lights, provided inspiration.

Greer remembers competing in his school's One Act team and making it to sectionals. "We were competing against big city schools with a lot more theater funding than we had." 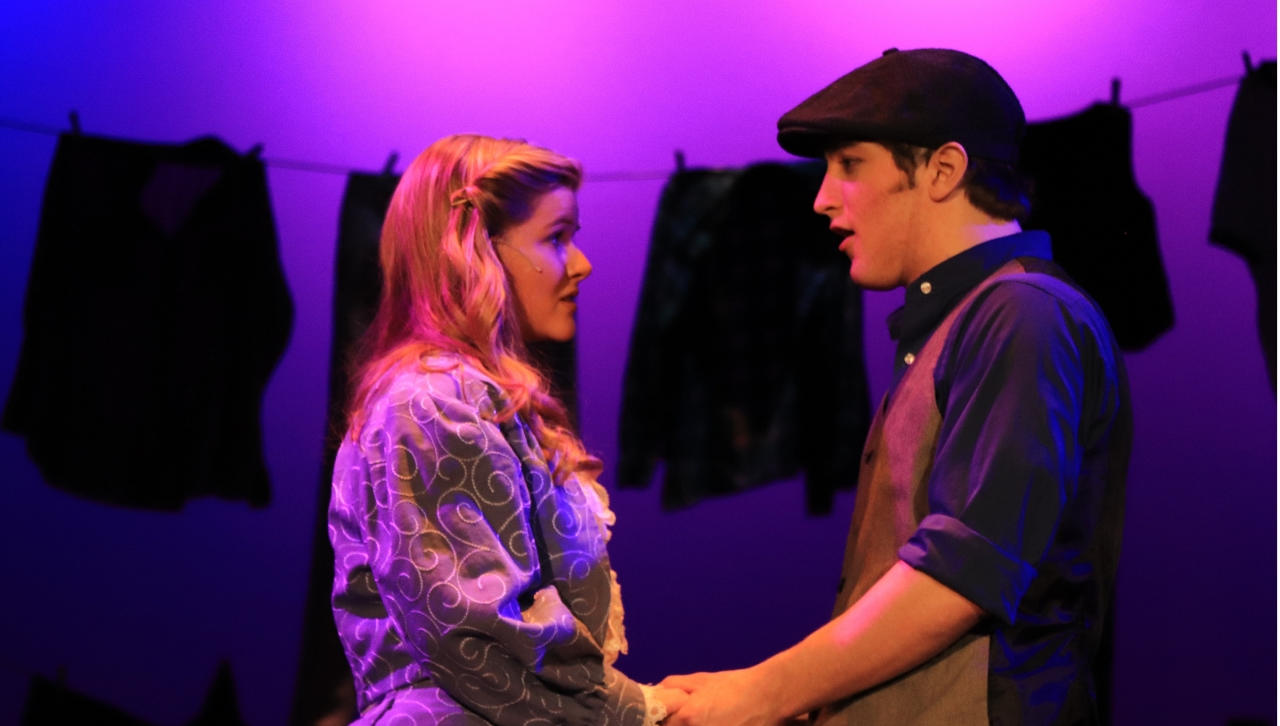 Greer first heard about the Newsies audition from his mom, who's now working in the Duluth Playhouse's props department. He says 100 people auditioned for 40 parts, and gives credit to his football and track experience for landing the role of Jack. "At the audition they asked me to do a vertical leap, and the crowd gasped," he says. As Jack, he dances and does a flip on stage– giving silent thanks to the trampoline in his Silver Bay backyard for giving him the skills needed to make the leap.

"This is my favorite play that I've ever acted in," he says. "The Duluth Playhouse people are so professional– everyone takes it very seriously. And it feels like family, which makes it so emotional."

Taking study breaks during rehearsals and running lines during study breaks is keeping Greer invigorated, but he says he's looking forward to having a little more time to study when the Newsies run concludes. This will be a big part of his daily plan for quite some time, as he's planning on continuing to medical school and becoming a dermatologist. Although, if an agent tries to swoop him off to Hollywood before he starts his practice, Greer says he could be swayed.

Photos and video courtesy of the Duluth Playhouse