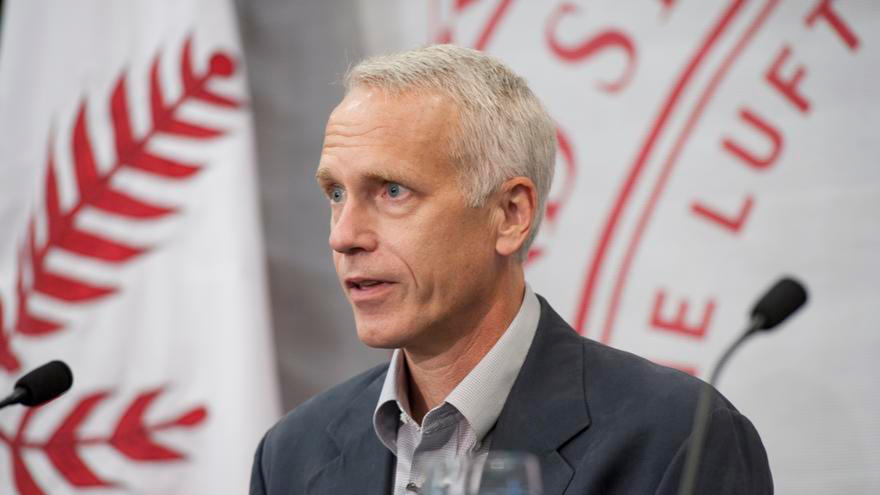 Professor Brian K. Kobilka, M.D., from the Department of Molecular and Cellular Physiology at Stanford University, has been awarded an honorary doctorate by the Regents of the University of Minnesota in recognition of his outstanding contribution to science.

Many people from the UMD community first made the recommendation to the Regents and encouraged them to confer the award. Professor Kobilka received his bachelor of science degree in chemistry and biology from UMD in 1977.   The presentation of the honorary degree was made in a small ceremony in Palo Alto, Calif. on March 10, 2019. 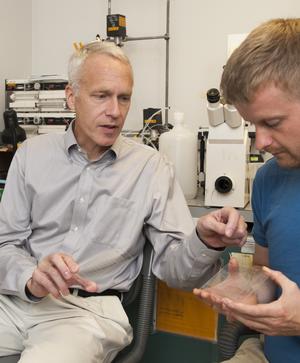 Brian Kobilka with a student in his lab at Stanford

Professor Kobilka grew up in Little Falls, Minnesota, where his father and grandfather worked as bakers. After studying at the University of Minnesota Duluth (UMD) where he received his Bachelor of Science degree in chemistry and biology in 1977, he earned his medical degree from Yale University in New Haven, Connecticut. He moved to Duke University in Durham, North Carolina after completing his medical residency. It was at Duke where he teamed up with  Robert Lefkowitz on a research project dealing with "G-protein-coupled receptors.” In 2012 Professor Kobilka and Lefkowitz received the Nobel Prize in Chemistry for that work.

The Regents of the University of Minnesota conferred the doctor of science, honoris causa degree upon Professor Kobilka’s because of his dedication to scientific discovery.

The document calls out Kobilka’s achievements: his “unprecedented achievement in medical science research has significantly improved the health of humankind;” his “research on the structure and function of cell-surface molecules known as G-protein-coupled receptors contributed to profound advances in cell biology and medicine;” his “groundbreaking contributions in the innovative use of biophysical X-ray crystallography to determine the three-dimensional structure of proteins, which served as a vital blueprint for many studies involving oncogenic and tumor suppressive proteins;” his “unwavering commitment to and leadership in the field of medical science research;” and his “commitment to mentoring the next generation of research scientists in character, integrity, and academic excellence.”

Professor Kobilka has been working in the research areas of molecular and cellular physiology and medicine at Stanford University since 1989. He is married to UMD alumna Tong Sun Kolbilka '77. They have two children and two grandchildren.