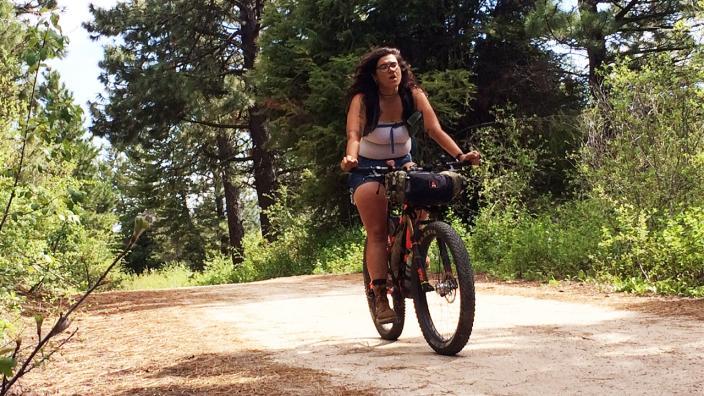 Biking took Alexandera across the country and gave her an unexpected championship.

"It's not going to die with me. I'm an Indian. I'm an Ojibwe woman. I feel so strong and empowered. I understand my place and I have a home."

Her training schedule called for an eight mile run, so junior Alexandera Houchin laced up her shoes and set out to do just that. As she started down the long country road near her Cloquet, Minnesota home, the negative 15-degree temperature tried to push her back indoors, but Alexandera kept at it.

As she ran, she looked up. “There’s a little bird flying against the wind. I thought, if that bird can do it, so can I,” she remembers. “And then I looked at the woods and wondered how many generations before me were among these trees. I draw such power from the Great Lakes and the north woods. I biked across the country, and there’s no place like this.”

Finding inspiration from her origin is especially meaningful for Alexandera, who grew up in Wisconsin, lived in Montana, and studied at the University of Arizona before transferring to UMD last year. “I lived a lot of different places searching for where I belong,” she explains. 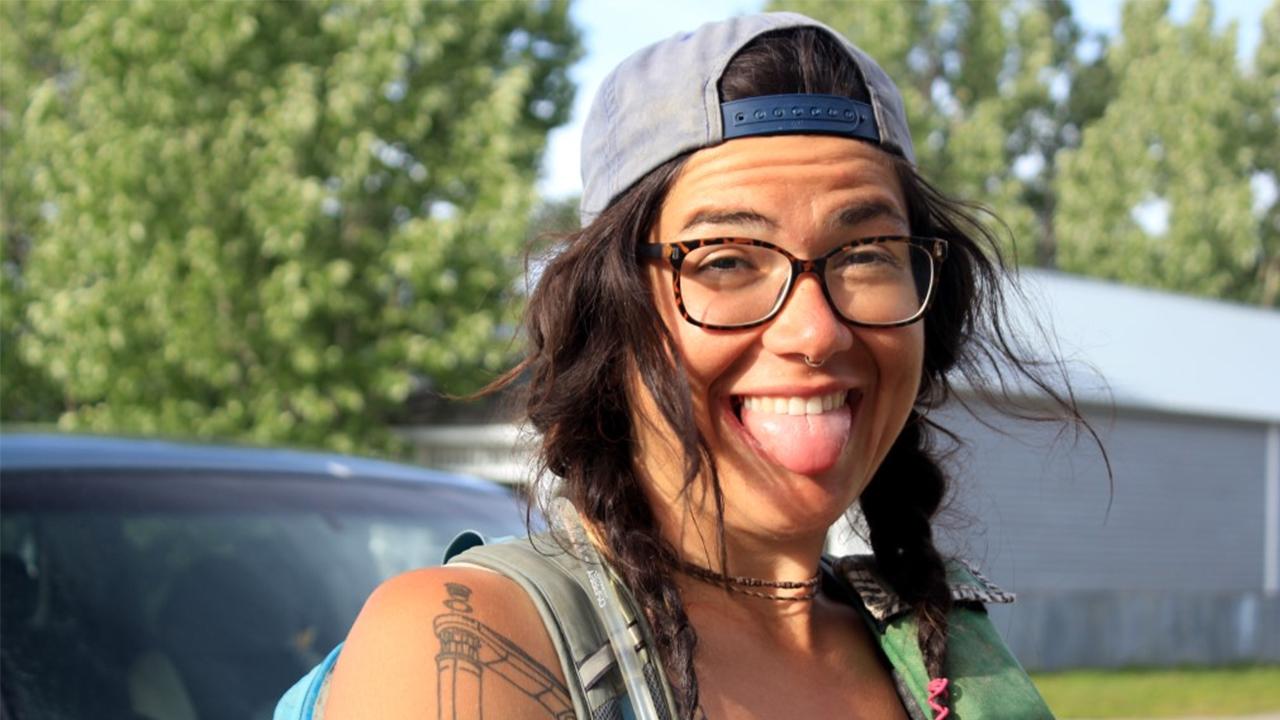 Before the Indian Child Welfare Act was enacted in 1978, Alexandera’s mom was adopted by a white family in Wisconsin. Her mom knew she was an American Indian from Minnesota, but didn’t find her birth family until she was 18. So when Alexandera enrolled as a member of the Fond du Lac Band of Lake Superior Chippewa, she initially didn’t feel like she belonged because she didn’t grow up with the culture.

As she started studying Native American history and government policies, she realized that this assimilation was the goal of the federal government, and vowed that her identity would not be diluted. "It's not going to die with me. I'm an Indian. I'm an Ojibwe woman. I feel so strong and empowered. I understand my place and I have a home."

As part of this realization, Alexandera started thinking about transferring from the University of Arizona to UMD. She sent an email to Rick Smith in the American Indian Learning Resource Center. "Twenty minutes later I heard back from him. Rick said, 'Call me. Just get back here, and we'll take care of you."

Rick knew a lot of Alexandera's family before meeting her, and is absolutely impressed after getting to know her, too. "Alexandera is an amazingly courageous human being who loves life and adventure," he says. "She is very kind, gentle, and respectful, yet she's tenacious in the pursuit of her dreams to help our people." 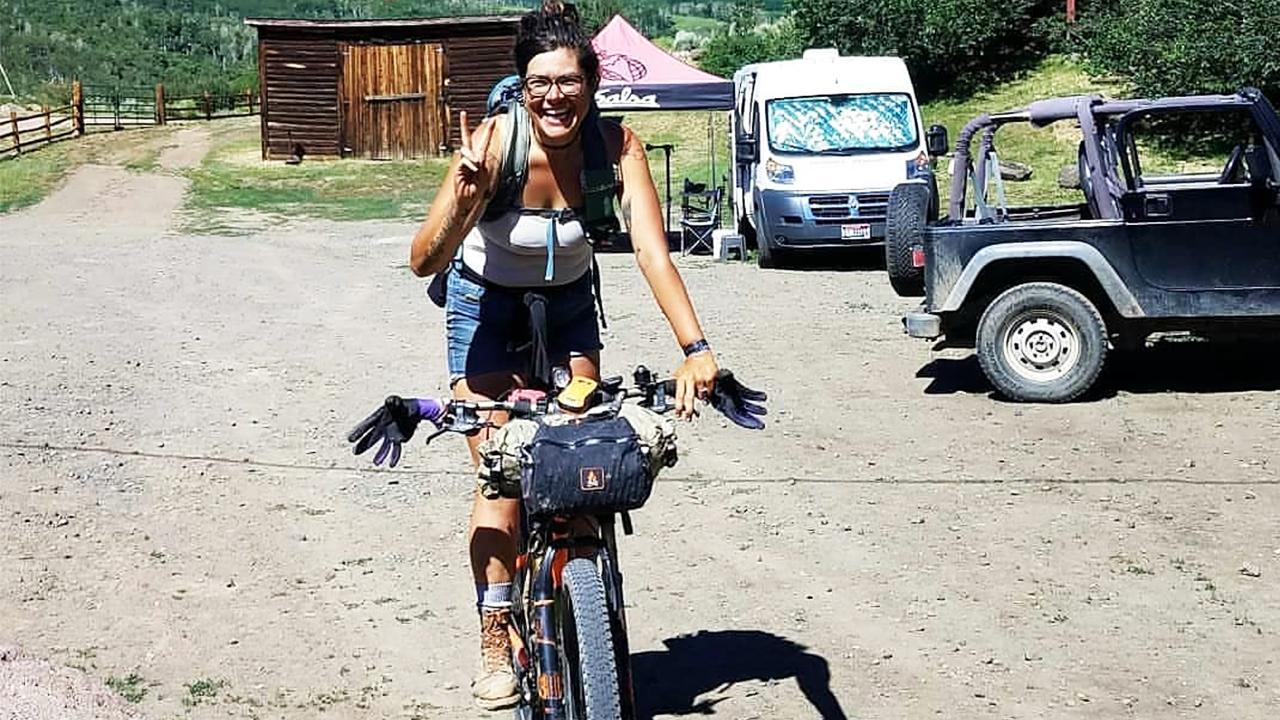 Alexandera first attempted the Tour Divide in 2017. While she didn’t finish last year’s race, she did find the catalyst for her career while riding next to a dental student, “I thought, if he can do it, I can do it.”

Now double majoring in American Indian Studies and chemistry, Alexandera says there are only 400 Native American dentists in the entire country, and that diets in Indian Country have shifted dramatically in the last 100 years. Commodity food, usually loaded with sugar, is now readily available on reservations. “I need to understand the history of our people. If I’m going to treat what’s happening now, I need to understand the past,” she explains.

Partnering with this motivation to understand is the mindset of a champion. 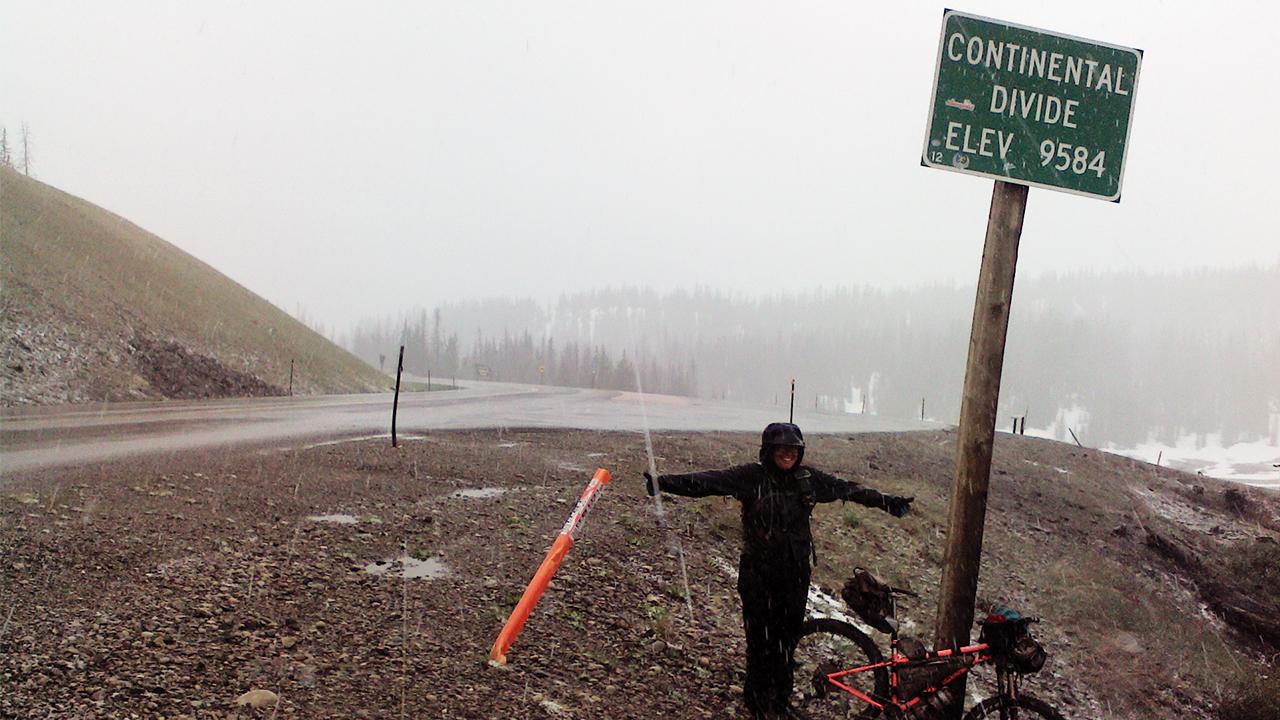 The Tour Divide is an ultra endurance bike race from Alberta, Canada to the Mexican Border. It’s 2,745 miles of bike packing, and participants are expected to carry everything they need. Outside help is prohibited.

After working as a bike messenger, a bike mechanic, and delivering sandwiches by bike, Alexandera had the combination of experience and expertise to compete.

She also had the resolve. At the starting line in Banff, Alberta, a Border Patrol agent asked Alexandera if she thought she’d make it to Mexico. “I was like, ‘yeah.’ It was never a question. I’m not the fastest person, or the most physically fit person, but I have a mental strength that I’ve built up over the past few years.”

But being the first female to reach the finish line last month? That was unexpected.

She did it in 23 days, biking an average of 117 miles a day. Alexandera overcame a bad saddle that prompted her to stand for the last 20 or so miles of each day’s ride. She also had to power through days when her quads felt painfully tight. A lost iPod early on meant she didn’t have any music to distract her while fighting the headwind. “After that, you’re a machine. You get up in the morning and you ride your bike.”

Simplifying things further is what Alexandera wears. Distinguishing her from other riders, there's no performance gear for this pedaling machine. You'll find her in cutoffs, a tank top, and hiking boots. "I don't want to change my clothes to ride my bike. I would rather spend my money on food. I'm a poor college kid!"

This 'kid' will actually be thirty when she graduates, but, in this area of her life, Alexandera's not racing to the finish line. Professor Doerfler concurs that the liberal arts foundation that Alexandera's receiving is going to empower her career as a dentist. "She already has some innovative ideas for how to improve oral health, and it will be exciting to see how she refines and develops them over time."

A lot of those ideas were formulated during Alexandera's border-to-border championship ride. After a couple more races this summer, she's pausing to focus on preparing for dental school entrance exams. Alexandera's confident, saying everything she's dreamed of so far, she's achieved. "If I feel it in my heart, it will happen."