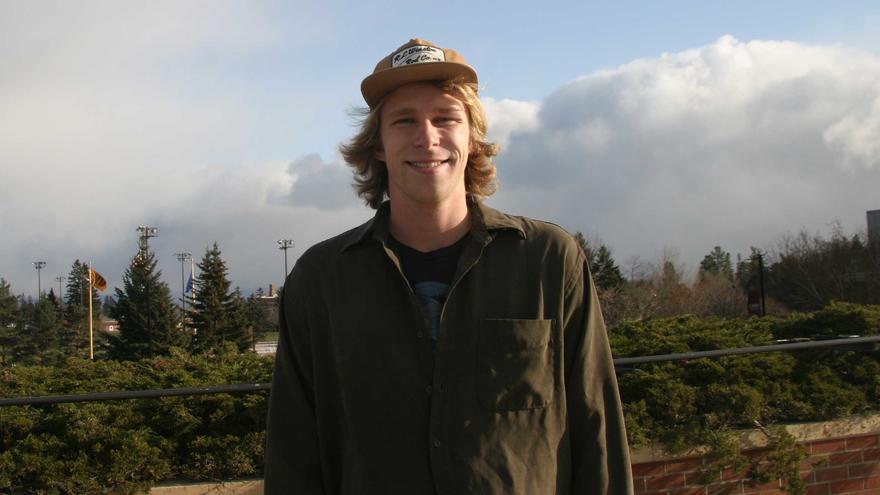 Wynston Tacheny followed the Moroccan students as they led him through the Agadir streets. They took him down into a hot and dingy basement with the promise of concert he’d never forget. The basement band he heard made the relatively uneasy trip though dark alleys and back streets worth it. The music was loud, and the venue was packed. It was one of the best performances he’d ever seen, and it was one he’d most certainly never forget.

There was a lot about Morocco Wynston won’t forget. He’s a chemical engineering major who participated in research in Agadir as a part of UMD’s research abroad program. He was able to join the Student Project for Amity among Nations (SPAN), which was founded by a group of students and faculty who saw a need for international understanding. SPAN helps students from all Minnesota colleges and universities take study abroad trips and share life with locals.

In Agadir, he worked on research comparing different types of water used to grow tomatoes in an effort to help farmers save water. The experiment looked at the chemical analysis of soil that was being used to grow two sets of tomatoes, each sprinkled with a separate kind of water. One water solution was treated waste water while the other was just the regular water the greenhouse used.

Wynston is from Cold Spring, Minn., and along with science and music, he has always loved the outdoors. He and his family were regular campers and hiked a lot, often passing through Duluth on their way to the North Shore. Wynston figured UMD would be a perfect fit for him, as Duluth has a nice blend of the natural countryside and city scape. Once he settled in, it felt like home.

At UMD, Wynston was drawn to be a leader on campus. He was the University Honors student association president for the 2018-19 academic year. He helped create and manage events, and used his position as an opportunity to help out and give back to the association.

On the academic and career side, he participated in a co-op as a process engineer with Domtar Paper Mill Company in Nekoosa, WI. Wynston has also received two notable scholarships, the Jason and Amy Bjork Scholarship and an Iron Range Merit Scholarship.

Outside of his major, Wynston is interested in music, he loves to sing and play the piano. For his final semester at UMD, he took a break from a heavy course load and joined a vocal jazz ensemble.

His interest in outdoor adventures has not wavered over the years. Wynston has been the president of the outdoor recreation club Wuda Wooch since 2018. During his presidency, he organized weekly small-scale activities and crafts as well as some of the larger weekend and school break trips. Weekend trips to the Boundary Waters as well as backpacking on the Superior Hiking Trail were favorites.

Wynston has more adventures in his future. He hopes to find himself out in the Pacific Northwest and is eyeing Washington as his next destination. In the meantime, after graduation in fall 2019, Wynston plans to stick around Duluth while he looks for a job in his field. That way he’ll continue to participate in Wuda Wooch and get to enjoy even more adventures in the city.

About the UMD Department of Chemical Engineering

This article was written by UMD University Marketing & P.R. student employee, Ellie Mercil, who is double-majoring in history and writing studies.