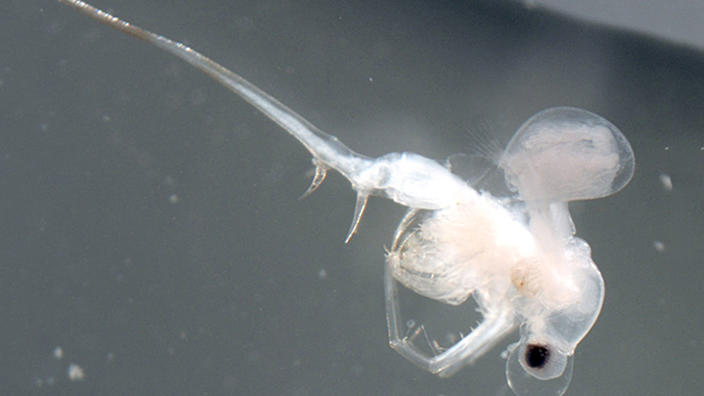 A tiny invader is quietly undermining the base of the food chain for fish in our lakes.

The spiny waterflea, a crustacean now ensconced in many northern lakes—including 35-40 in Minnesota—eats the smaller, native waterfleas that sustain many small fish. Which in turn sustain larger fish.

Small fish don’t eat many spiny water fleas because of their spines; thus, the invaders destroy fish food without replacing it. And they spread by sticking to fishing gear and hitching a ride when water, gear, or boats are taken to new lakes.

At the University of Minnesota Duluth, researchers are studying which types of gear collect the most spiny water fleas so that anglers and boaters will know what equipment needs particular decontamination.

“Spiny waterfleas can eat enough zooplankton to reduce the food for young and small fish,” says research co-leader Valerie Brady, senior research program manager at UMD’s Natural Resources Research Institute. “Thus, it is important that we slow the spread of this invasive species.”

“Cleaning, draining, and drying all gear, especially gear towed through the water, is important for all of us to do,” adds spiny waterflea expert and project co-leader Donn Branstrator. “Spiny waterfleas and their eggs cannot survive drying.” 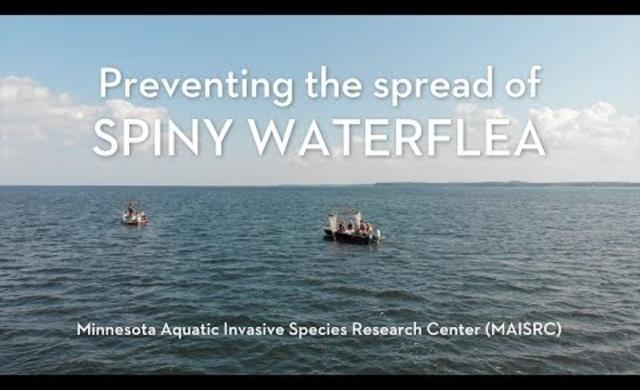 In a 2017 study of Island Lake Reservoir near Duluth (funded by St. Louis County), the UMD researchers found that anchor ropes were less vulnerable to infestation than things towed through the water, especially downriggers towed near the bottom. They are now analyzing data from a similar study on Lake Mille Lacs this summer. That work is supported by the Minnesota Aquatic Invasive Species Research Center on the Twin Cities campus with funds from the state’s Environment and Natural Resources Trust Fund.