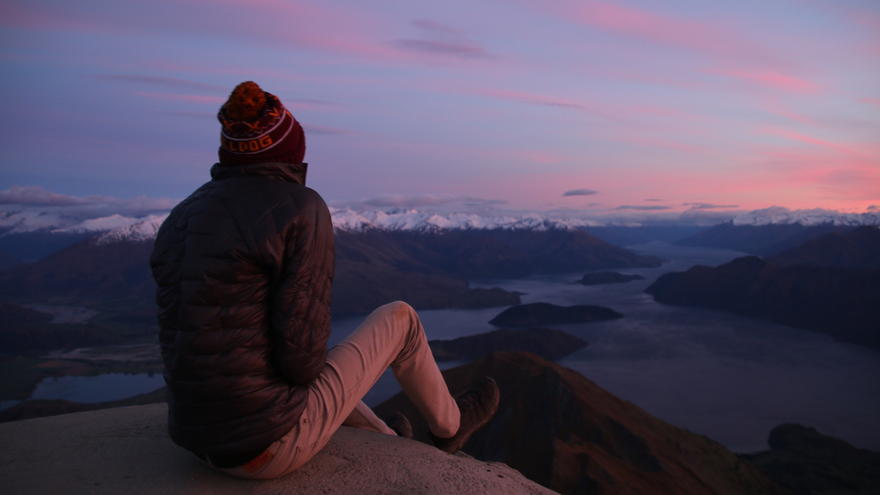 The day began at three in the morning. Matt Rigdon was sweaty, tired, cold, and was struggling to see in the dark. However, he was determined to get to the top of Roy’s Peak Mountain by sunrise, a three-hour uphill hike. He was accompanied by three new friends, all strangers before arriving in New Zealand. The group of four studied at the University of Waikato in Hamilton and that day, they climbed together. 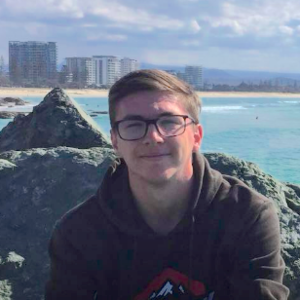 The young men were set on making it to the top. Visitors describe the trail as extremely difficult, with an unforgiving uphill. The hike is famously tough because of the constant incline.

The mountain rewarded them for their efforts with a view of the sunrise when they reached the top. They saw cotton-candy colored streaks in the sky, which seemed to touch the white snow-capped mountains in the distance. The view also included Wanaka Lake and the town of Wanaka. “It really showed me that hard work does pays off,'' says Matt.

Thankful for the Scholarship

Matt says the reason he was able to hike up the mountain and experience New Zealand was because he received the Swenson Family Foundation Scholarship at UMD. While searching for scholarships in high school, he came across the Swenson Scholarship which was established by James I. and Susan Swenson. “The more I read, the more I realised I was eligible,” he says. When he was awarded the scholarship, he was thankful he had worked hard throughout high school. The scholarship assured him that he would be able to pay for college. “I would have struggled to afford college without it, and I never would have been able to study abroad.”

As a first-year student, Matt took classes towards his major and he also researched study abroad programs. He learned scholarships could help pay for the program in New Zealand, which was a destination on his bucket list of places to visit. He found out that by attending classes in his major, his Swenson Family Foundation Scholarship and a study abroad office scholarship would cover a portion of the program.

The Program in New Zealand

Matt made the best of his six months abroad. He was able to have a two-week “spring break,” in Australia. During the trip, he visited one of Earth’s largest living structures, the Great Barrier Reef. His biology background gave him insight into the area: the world’s largest collection of coral reefs.

While it was strikingly beautiful, Matt also saw devastation. “Due to climate change, the reef has been bleached, leaving ghostly remains,” he said. The impact of the experience made him realise the importance of conservation. “I decided to add a minor in environmental science to my biology degree.”

“Without the scholarship I don’t think I could have gone abroad,'' Matt says. Matt now works as a peer advisor in the study abroad office, where he encourages people to see the world and study at the same time.

When Matt entered college, he had to learn to balance his classes with work and living on his own for the first time. Adjusting to college coursework was a challenge. Again, it took hard work. “I learned that I needed to put in energy to get what I wanted out of every class. And, if I wanted to truly learn the material, I needed to learn how to be a better student.” he says.

Matt gained study skills and he is enjoying his classes. He is volunteering to assist faculty member Ted Ozersky, who is an assistant professor in biology and a researcher with the Large Lakes Observatory, in a study of quagga mussels in the Great Lakes. Matt helps look at how the invasive mussels are interacting with sediments and nutrients.

The Swenson Family Foundation Scholarship’s help with Matt’s studies has made him deeply thankful for their support. During the annual luncheon, he was happy to have the opportunity to thank Susan Swenson personally.

It took hard work to do well in high school, and it is taking hard work for Matt to succeed at UMD. But, just as the hike up Roy’s Peak Mountain was tough, the end result is worth it. “I’m thankful for every step,” he says.

About the Department of Biology

About the Department of Earth and Environmental Science

This story was written by Britney Leanos, a UMD student majoring in environmental science.